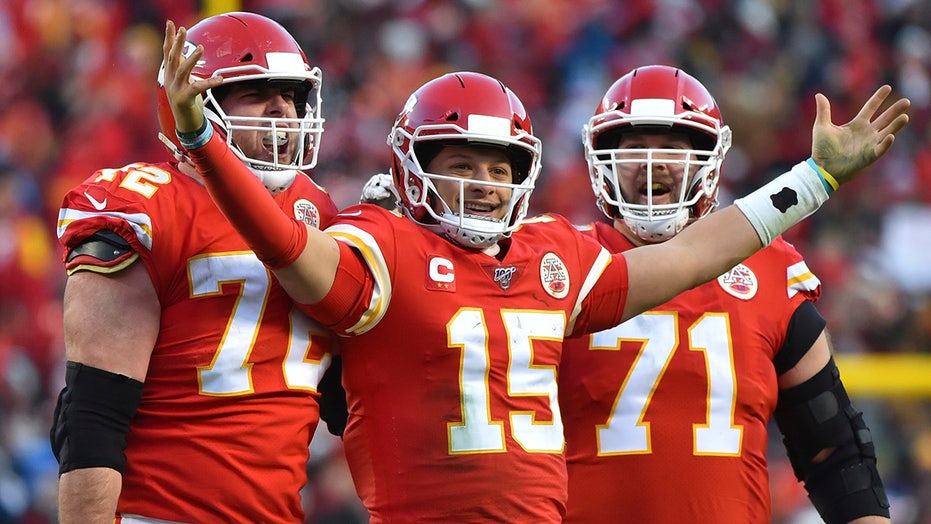 The Kansas City Chiefs defeated the Tennessee Titans, 35-24, on Sunday to win their first AFC Championship.

The Chiefs are set to play the San Francisco 49ers at Hard Rock Stadium in Miami Gardens, Fla., next month for a chance to claim the title of NFL champions.

Kansas City won the game behind a brilliant performance from Patrick Mahomes. The star quarterback was 23-for-35 with 293 passing yards, three touchdown passes and a rushing touchdown.

Kansas City Chiefs' Patrick Mahomes reacting after a touchdown run by Damien Williams during the second half of the AFC Championship game. (AP Photo/Charlie Riedel)

The Chiefs defense came through, stopping Titans running back Derrick Henry. The Tennessee star was held to 69 yards rushing – his lowest total since Week 15 and the first time he was held to under 80 yards rushing since Week 9. Henry had one rushing touchdown in the game.

Tennessee relied on quarterback Ryan Tannehill to throw the ball more. He had 31 passing attempts in the game – the most since Week 15. He finished 21-for-31 with 209 passing yards and two touchdown passes.

Tannehill had one touchdown pass to offensive lineman Dennis Kelly and the other to tight end Anthony Firkser.

Hank Stram was the coach of the team at that time.

They went on to win the title that year over the Minnesota Vikings, 23-7.