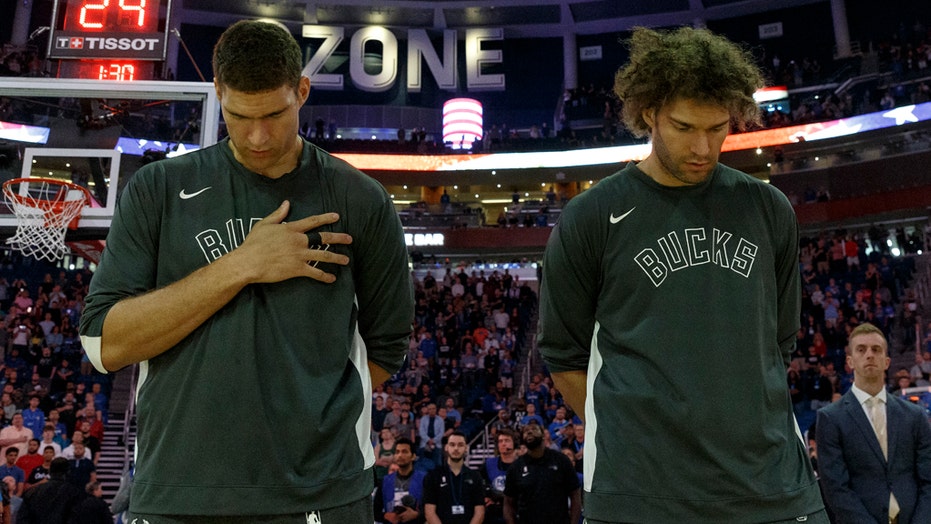 The Milwaukee Bucks haven’t jumped on the Zoom bandwagon during quarantine and unfortunately for brothers Brook and Robin Lopez, that means being left out of all the inside jokes.

Robin Lopez told reporters during a video conference on Tuesday that he and Brook have been left out of the team’s iPhone-only group chat because of their choice in phones.

"I have an Android," he said, according to ESPN. "So I'm kind of out of the loop on something like that."

Bucks guard Pat Connaughton believes that the team’s own method of maintaining chemistry is working better than any planned conference call could as the season remains suspended as a result of the coronavirus pandemic.

“We're confident in the chemistry that we've built," he said, according to ESPN. "We're confident in the relationships that we have with each other on the team and I don't think it's tied to having to do Zoom calls every week to stay in touch. I feel like that can be forced from time to time.”

So what exactly are the Lopez brothers missing out on?

"Giannis [Antetokounmpo] actually has a lot of jokes in the group chat," guard Eric Bledsoe said.

Commissioner Adam Silver and the NBA board of governors met last week to address a number of concerns regarding how to proceed after the season was suspended on March 11. Among the plans discussed was the possibility of pushing the start of the 2020-21 season until December and officially delaying the draft lottery and draft combine.