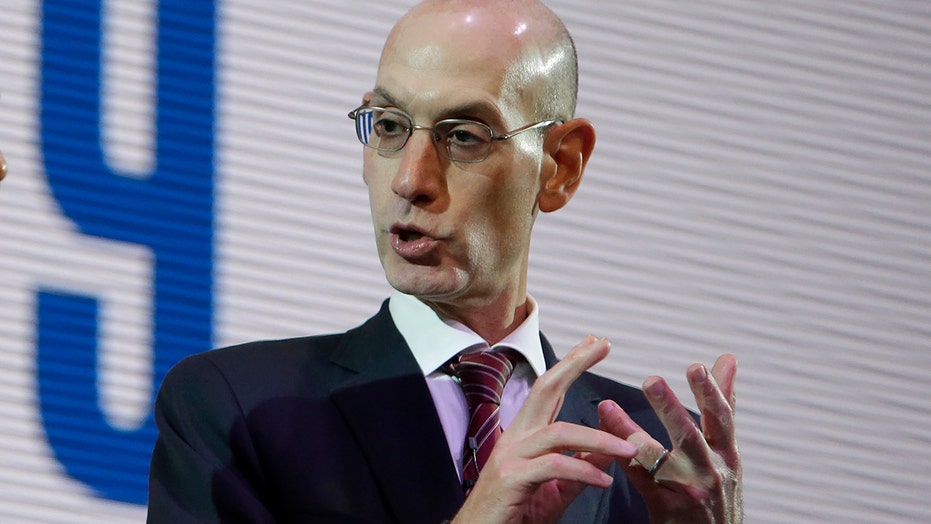 The NBA is delaying the draft lottery and draft combine, events scheduled for Chicago later this month.

The league made the decision Friday, though it has been expected for some time. The lottery cannot occur until the regular season is completed or is declared over, because team records determine the odds that the 14 non-playoff teams will have of securing the right to pick No. 1 overall in the draft.

For now, the draft remains scheduled for June 25 — though that, too, will likely have to change in the coming weeks as the league continues reacting to the coronavirus pandemic.

The lottery was to have taken place May 19. The draft combine was to have run from May 21-24.

The league typically invites about 70 players to the combine, where some of the candidates work out and play in scrimmages and others skip the on-court events entirely and just interview with teams instead. The combine has also been a chance for teams to conduct physicals with players, a key component of the evaluation process.

The NBA has been looking at several options for weeks about the draft schedule and pre-draft events, just as the league has when it comes to possibilities for resuming the season when public health officials say that would be appropriate.

“There are no target dates. There are more target responsibilities,” San Antonio CEO R.C. Buford said earlier this week. “And there’s still questions. We just got the early entry candidates list in the last couple days. That at least gives some kind of clarity on who the draft pool will be. But from there, we don’t have clarity on the Chicago pre-draft or medicals or all the things that go on with draft preparation.”

The NBA has not played since March 11, when it became the first of the major U.S. pro sports leagues to suspend games because of the pandemic. The league has missed 259 regular-season games because of the shutdown, and the playoffs would have started about two weeks ago.