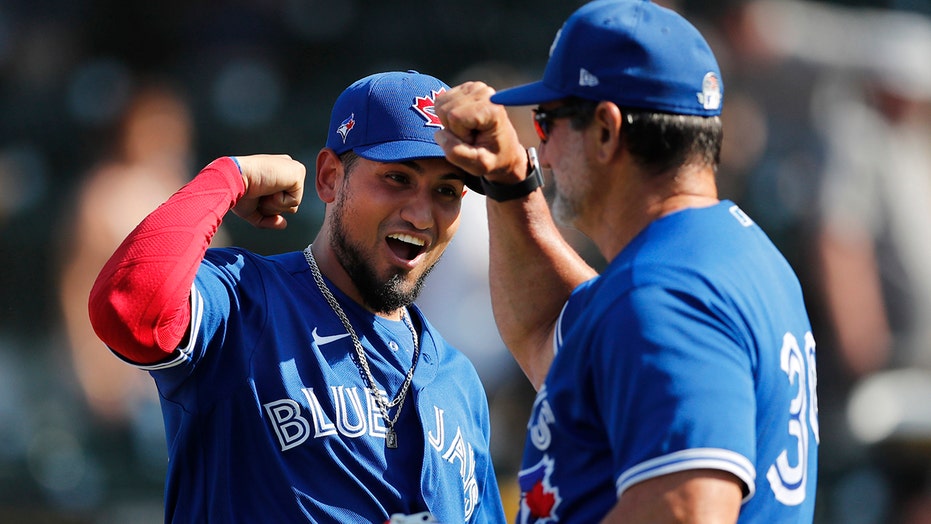 Opening day has been postponed until at least mid-May because of the coronavirus pandemic. The Blue Jays were set to begin the 2020 season at home against the Boston Red Sox on Thursday afternoon.

Atkins pitched in Cleveland’s minor league system for five seasons before becoming that team’s assistant director of player development. He was hired as Toronto’s GM in December 2015.

College and minor league teams typically play seven innings in each game of a doubleheader.

Twinbills are rarely scheduled in the majors. But Colorado Rockies manager Bud Black said last week that frequent doubleheaders might be necessary to help fit more games into a shorter window.

Asked what he saw as potential solutions to scheduling issues, Atkins mentioned shorter games in doubleheaders.

“Maybe that’s something we have to consider,” he said on a conference call Wednesday.

By averaging nine games a week, a team could play 162 games in 18 weeks, eight fewer than usual. That means Major League Baseball could start as late as July and play a full schedule by extending the regular season through October.

Still, even Atkins isn’t entirely sold on the idea.

“You’re not playing the game that is written in the rulebooks,” he said. “It’s not the regulation game, it’s a different game. Bullpens and teams are built in a way to play nine innings. I’m sure there are people that would challenge that and I’m not so sure it’s something we should do.”

No matter how many innings get played, the likelihood of a condensed schedule will require greater roster flexibility once baseball resumes, Atkins said.

“If you’re playing multiple doubleheaders, and suppose they are nine innings each, the demands on a pitching staff would be extremely significant," he said,

Atkins declined to say how many games he feels would be necessary this season, acknowledging the complexity of the issue.

“Decreasing the number of games isn’t just about record books,” he said. “It’s more complicated than that because of compensation reasons, because of how rosters were built and the resources that were poured into the planning to get where we are today.

“What we need to do is get ideas out where people feel safe mentioning them and then work through what’s practical, what makes sense, what are the downsides, because there’s going to be downsides, and try to weigh those appropriately,” Atkins said.

“Get all of those ideas on the table and then sort through the execution of them and think about the unintended consequences and come up with a game plan that we can put in play,” he said.

Isolated at home in Toronto after returning from spring training in Dunedin, Florida, Atkins and his staff remain focused on evaluating amateur players as best they can. The Blue Jays hold the fifth overall pick in this year’s draft.

Even with college and high school games shut down, Atkins said the Blue Jays will be ready for the draft as soon as it happens.

“We feel that we could get prepared in a short period of time based on the information that we have and be very competitive," he said.