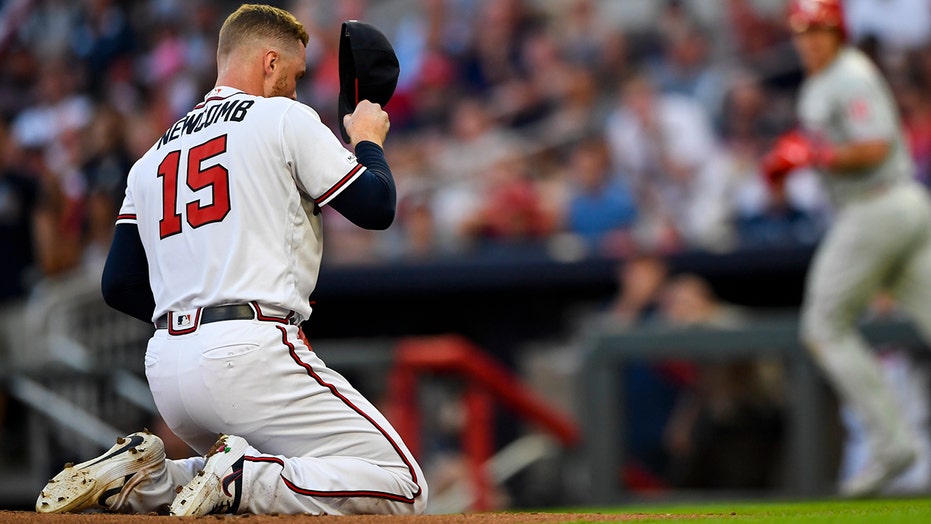 Atlanta Braves pitcher Sean Newcomb is reportedly “feeling fine” a day after he took a 102-mph line drive off the back of his head in a frightening moment during Saturday’s 6-5 loss to the Philadelphia Phillies.

Newcomb was on the mound facing Philadelphia's J.T. Realmuto in the third inning at SunTrust Park. The left-hander turned his head just before the ball hit him and ricocheted into the netting behind the Phillies' dugout. Trainers on the field checked him out before he left the game under his own power.

Mark Bowman of MLB.com reported Sunday that Newcomb was able to sleep without issue and aside from a bump on his head and stiff neck, the player said he “feels fine.”

The 26-year-old also had told reporters following the game that he “felt pretty good.”

“I was with it the whole time,” Newcomb said. “I remember the whole play and all that kind of stuff. I knew I was pretty good as far as that went. Obviously I got squared up in the head. A little sore.”

Even though Newcomb passed concussion protocol tests after being taken off the field, the Braves will continue to observe him following the frightening incident.

“We’re just going to keep monitoring him,” Braves manager Brian Snitker told reporters in a post-game interview. “He’s passed the tests. You just don’t know with an injury like that overnight. Hopefully, he gets through the night and sleeps, and he comes in here and he’s great.”

The loss marked the end of the Braves’ eight-game winning streak.