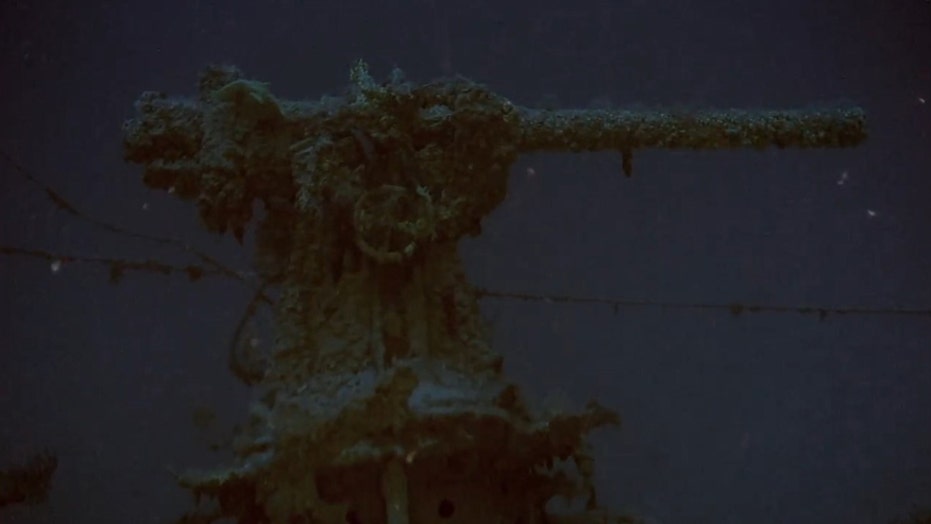 The wreck of Royal Navy submarine HMS Urge has been discovered 77 years after it vanished in the Mediterranean during World War II.

The sub disappeared in 1942 during a mission from the island of Malta to the Egyptian port of Alexandria. Malta, which was home to a major Royal Navy base, was of immense strategic importance during World War II. Desperate to capture the island, German and Italian forces laid siege to Malta from June 1940 to November 1942.

Part of the Royal Navy’s 10th Submarine Flotilla, HMS Urge had been a thorn in the side of Axis vessels since her launch in 1940, including successful missions against ships supplying German General Erwin Rommel’s Afrika Korps in North Africa.

By April 1942, however, bombing by German and Italian aircraft had caused severe damage to the submarine base used by HMS Urge on Malta and a decision was taken to send the sub to Alexandria.

The sub left Malta on April 27, 1942, but never reached her destination. Historians believe that HMS Urge was sunk by an enemy mine on her course out of Malta, although the sub’s final resting place has remained a mystery for almost 80 years.

Now, however, a team of marine archaeologists from the University of Malta, working with the Maltese government and robotics students from Harvey Mudd College in Claremont, Calif., have located the wreck off the Maltese coast.

Eerie footage from the sea bed clearly shows the sub’s barnacle-encrusted hull and conning tower, as well as its 12-pounder deck gun. The wreck is sitting at a depth of 130m (427 feet), according to the University of Malta, which notes that her deck gun is facing forward, although her bow is buried in the seabed.

The HMS Urge had a crew of 32 and was also carrying 22 other naval personnel and a war correspondent at the time of her sinking. There were no survivors.

The 196-foot sub was one of the smallest in the Royal Navy, but she was commanded by Lieutenant-Commander Edward P Tomkinson, who is described as one of the Navy’s tallest captains at the time. Under Tomkinson’s command, the HMS Urge had completed 20 war patrols before her ill-fated final journey.

FRENCH SUB THAT VANISHED IN THE MEDITERRANEAN IN 1968 DISCOVERED, ENDING 51-YEAR MYSTERY

The search to find the wreck was led by Prof. Terry Gambin of the Department of Archaeology at the University of Malta, naval researcher Platon Alexiades and Tomkinson’s grandson, Francis Dickinson.

"My family have always wanted to know where HMS Urge and her gallant crew’s resting place is,” said Dickinson, who was one of the project’s sponsors, in a statement. “Thanks to this project, we now know where and how this submarine was lost after achieving so much.”

The submarine is resting in 427 feet of water. (University of Malta/Project Spur/RPM Nautical)

“The wreck will now be treated as an official war grave and protected by Maltese, British and international law,” tweeted the Royal Navy.

Earlier this year the bow of the World War II submarine USS Grunion was discovered 77 years after the sub went missing off the remote Aleutian Islands in Alaska on her first war patrol.

The wreck of a French Navy submarine that disappeared in the Mediterranean in 1968 was also found earlier this year, ending a 51-year mystery.

The submarine was sunk with all hands in 1942. (University of Malta/Project Spur/RPM Nautical)

In 2016 the National Oceanic and Atmospheric Administration released haunting photos of a Japanese mini-submarine that was sunk during the attack on Pearl Harbor in 1941.

DOOMED WWII WARSHIP REVEALS ITS SECRETS: HOW 'THE LUCKY 13' SURVIVED THE SINKING OF THE USS EAGLE

The sub left Malta on April 27, 1942, but never reached her destination of Alexandria, Egypt. (University of Malta/Project Spur/RPM Nautical)

The wreck of USS Eagle PE-56, one of the last U.S. Navy warships sunk by a German submarine during World War II, has been revealing its secrets in remarkable images from the seabed.

The sub, which is 196-feet long, was one of the smallest in the Royal Navy during World War II. (University of Malta/Project Spur)

The patrol boat was located by a private dive team just a few miles off the Maine coast last year, ending a decades-long mystery about the ship’s location.

Rob Verger contributed to this article.