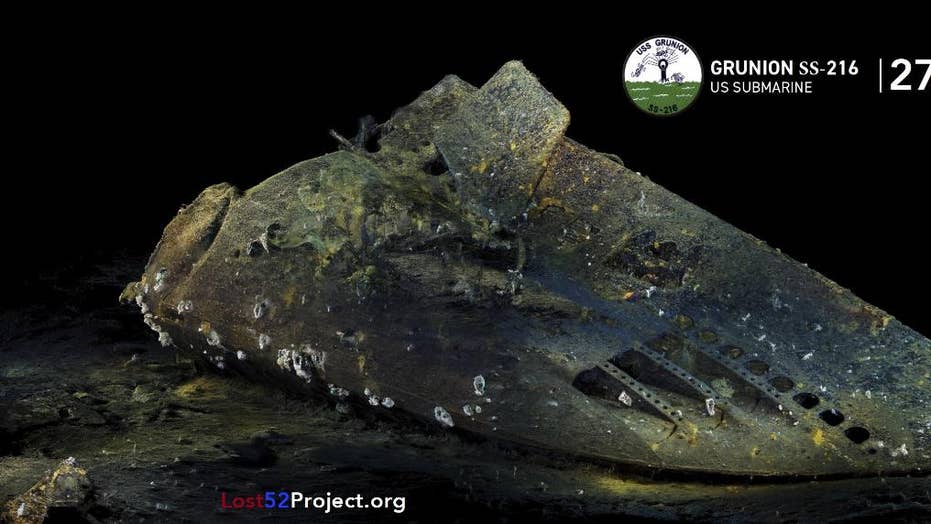 Missing piece of WWII USS Grunion discovered off of Alaska.

The bow of the World War II submarine USS Grunion has been discovered 77 years after the sub went missing off the remote Aleutian Islands in Alaska on her first war patrol.

The Gato-class submarine (SS 216) was sent to the islands in June 1942, according to the Lost 52 Project, which locates lost U.S. World War II submarines. Operating off the island of Kiska with a crew of 70 sailors, the Grunion sank two Japanese patrol boats before being ordered back to base in Dutch Harbor on Amaknak Island on July 30. But the submarine, which reported heavy antisubmarine activity during its final transmission, was never heard from again.

Declared overdue from patrol, the USS Grunion was assumed lost with all hands on Oct. 5, 1942.

Almost 80 years later, the bow was discovered in 2,713 feet of water near Kiska by underwater drones and sophisticated photogrammetry imaging. The discovery completes another piece in the puzzle of the Grunion’s fate.

The main wreckage of the sub was found in August 2007, thanks to the efforts of John, Bruce and Brad Abele, sons of the USS Grunion’s captain, Mannert Abele. The wreck was verified by the U.S. Navy in October 2008.

The latest discovery was made a short distance from the main wreck, with researchers noting that the bow is resting on a volcanic slope on the seabed.

In the statement, Lost 52 Project Founder Tim Taylor said that he is honored to add to the Abele brothers' discovery.

Kiska and the Aleutian island of Attu were occupied by as many as 7,200 Japanese troops from June 1942 to mid-August 1943. The islands are part of a volcanic chain that extends 1,200 miles westward from the Alaskan peninsula. Along with Guam, the islands are among the handful of U.S. territories to be occupied by foreign forces in the last 200 years. The Philippines, which at the time were a U.S. territory, were also occupied by Japanese forces during World War II.

American forces were locked in a grueling 15-month campaign to retake the inhospitable storm-battered corner of America.

Last year, the stern of the destroyer USS Abner Read was discovered off the island of Kiska. The ship’s stern was torn off by a Japanese mine during a submarine patrol on Aug. 18, 1943. Seventy-one lives were lost in the incident.

Incredibly, the Abner’s Crew were able to keep the destroyer afloat. Sailors worked quickly to shore up the damage and kept the main part of the Aber Read’s hull watertight. Two nearby U.S. Navy ships towed the destroyer back to port. Within months, the stern was repaired and the Abner Read rejoined the war. She was destroyed in a kamikaze attack during the Battle of Leyte Gulf in November 1944.

In a separate project, divers recently discovered the wreck of the last U.S. Navy warship sunk by a German submarine during World War II. Patrol boat USS Eagle PE-56 was located by a private dive team just a few miles off the Maine coast, ending a 74-year mystery about the ship’s location.