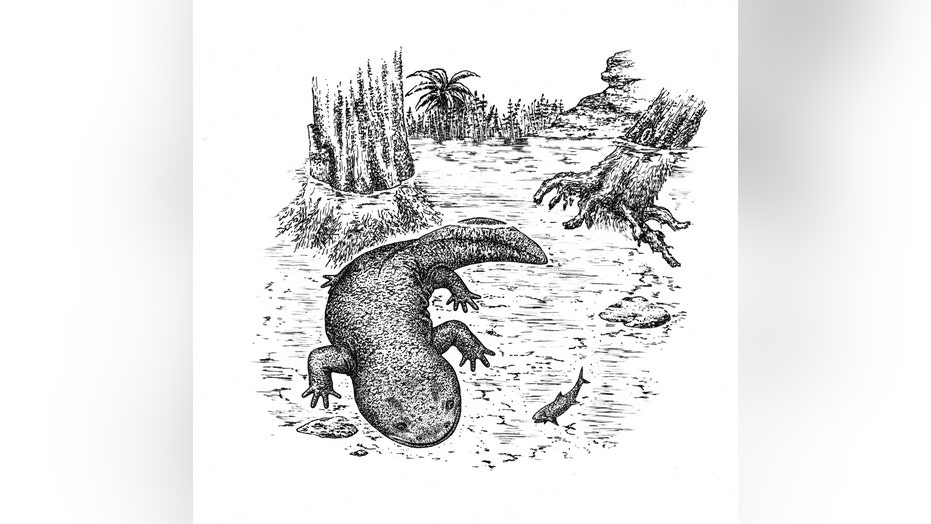 Scientists have discovered the world's oldest salamander, a 167-million-year-old specimen found in Siberia.

Four fossilized backbones of the ancient salamander were unearthed, including the atlas at the top of the spine that allows the head to nod. The fossils were found at an animal graveyard called Berezovsky quarry, where other prehistoric creatures, including dinosaurs, reptiles, fish and mammals have been found.

A group of Russian and German palaeontologists have described a previously unknown genus and species of prehistoric salamanders. The new amphibian is named Egoria malashichevi -- in honor of Yegor Malashichev a talented scientist and associate professor of the Department of Vertebrate Zoology at St Petersburg University, who passed away at the end of 2018. (Credit: SWNS)

Skutschas continued: "As for the newly discovered salamander, it occupied a middle position, although morphologically, it is closer to the primitive."

The discovery of the atlas was exceptionally important, Skutschas added, noting it allows for the identification of a new species because of the unique information provided.

It would have swum with ocean beasts of the Jurassic era such as monster sharks and giant sea lizards and scorpions. (Credit: SWNS)

'BIZARRE' TURTLE MANAGED TO SURVIVE ASTEROID THAT WIPED OUT DINOSAURS

Other salamanders have also been discovered at the location, including a 2-foot-long version known as Urupia monstrosa that lived approximately 165 million years ago.

Skutschas pointed out that E. Malashichev and U. monstrosa may be representative of the same genera, but further research is needed.

"In the coming spring, our colleagues from England will come to St Petersburg to study our research materials," Skutschas said. "We may discover that Urupia and Egoria used to have a very wide habitat – extending across Europe and Asia."

Four fossilized back bones - including the atlas at the top of the spine that allows the head to nod - were dug up at an animal graveyard called Berezovsky quarry. They were so well preserved the international team were able to create 3-D reconstructions of its skeleton. (Credit: SWNS)

The study has been published in the scientific journal PLOS One.