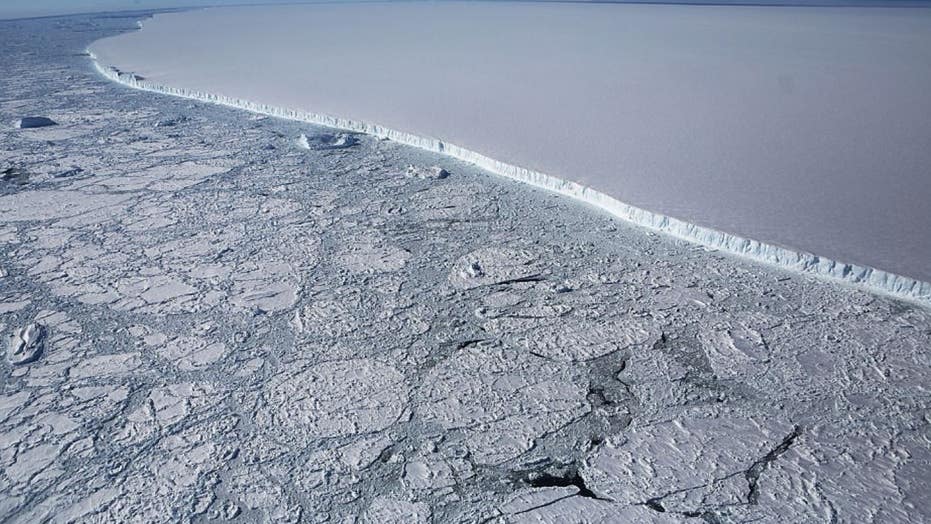 The world's largest iceberg will soon be entering the open ocean.

A68, a gigantic berg that broke free from the Antarctic in July 2017, has now pushed farther north.

When it calved off of the Larsen C Ice Shelf, the iceberg had an area close to 2,300 square miles, and it has lost very little of its bulk over the past two and a half years. The iceberg is approximately the same size as the state of Delaware or about four times the size of Greater London.

However, BBC News reports that A68 will have a hard time mainting its current form when it reaches the Southern Ocean's rougher waters.

"With a thickness to length ratio akin to five sheets of A4, I am astonished that the ocean waves haven't already made ice cubes out of A68," said Adrian Luckman of Swansea University told BBC News.

The western edge of the famed iceberg A-68 is seen from NASA's Operation IceBridge research aircraft, near the coast of the Antarctic Peninsula region. (Getty Images) (Getty Images)

"If it survives for long as one piece when it moves beyond the edge of the sea-ice, I will be very surprised," he told BBC News.

These types of berg have to be monitored so they don't cause problems for oceangoing ships, as well.

"If it becomes a risk really depends on the route the iceberg follows, but I guess that also the smaller bergs will be tracked and their location will be communicated to ships," Sef Lhermitte, professor of geoscience and remote sensing at Delft University of Technology in the Netherlands, told MailOnline.

Scientists thought that the giant iceberg would break apart quickly when it first calved, but it has remained largely intact.

"For an object weighing around 1 trillion tons, Iceberg A68 appears to be quite nimble," Luckman, who previously published an animation of the berg's movements, wrote on his blog.