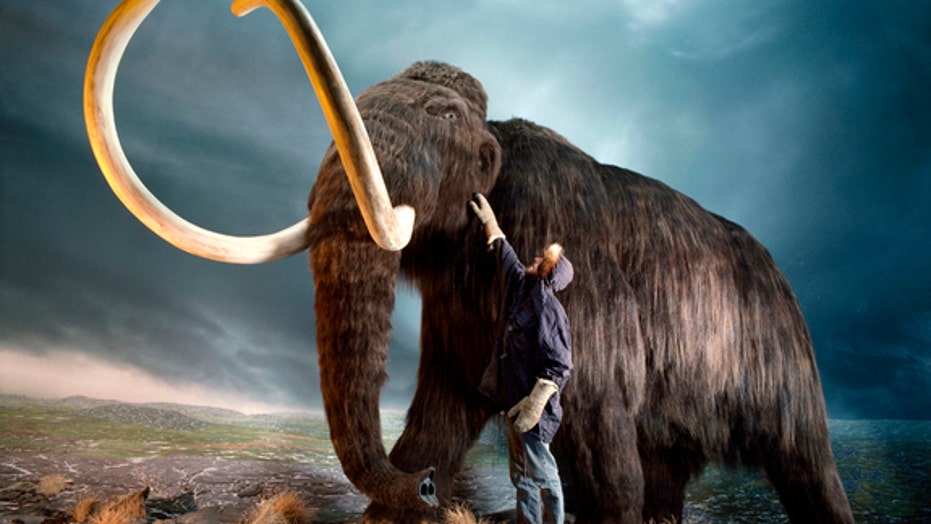 Woolly mammoths went extinct more than 4,000 years ago, but a new study suggests that the last of the creatures died a horrible and isolated death.

The study looked at the genome of woolly mammoth remains that were discovered on Wrangel Island in the Arctic Ocean. The genomes contained severe mutations that made their final days difficult, the study added.

“The key innovation of our paper is that we actually resurrect Wrangel Island mammoth genes to test whether their mutations actually were damaging (most mutations don’t actually do anything),” said the study's lead author, Vincent Lynch, in a statement.

“Beyond suggesting that the last mammoths were probably an unhealthy population, it’s a cautionary tale for living species threatened with extinction: If their populations stay small, they too may accumulate deleterious mutations that can contribute to their extinction," Lynch added.

By analyzing the genome, the researchers revealed the mammoths had issues with neurological development, male fertility issues, insulin signaling and an impacted ability to smell, which could have severely impacted their diet.

Lynch and the other researchers were able to come up with their conclusions by sequencing the DNA of the mammoths found on Wrangel Island and comparing them to two other mammoth groups that lived during that time. They were also compared to modern-day elephants.

"We know how the genes responsible for our ability to detect scents work,” Lynch added. “So we can resurrect the mammoth version, make cells in culture produce the mammoth gene, and then test whether the protein functions normally in cells. If it doesn’t — and it didn’t — we can infer that it probably means that Wrangel Island mammoths were unable to smell the flowers that they ate.”

As the number of mammoths declined, interbreeding became more common, increasing the number of problems they had, resulting in a cycle that ultimately led to their demise, the study added.

The research has been published in the scientific journal Genome Biology and Evolution.

A separate study published in October 2019 suggested that the isolated habitat, extreme weather events, and potentially, prehistoric man, resulted in the extinction of the mammoths on Wrangel Island.

Mammoth remains have been found all over the globe in recent months. In June 2018, a mysterious mammoth bone was found on a beach in Loch Ryan in southwest Scotland.

Two months later, in August 2018, a frozen woolly mammoth was found in Siberia, with researchers theorizing that it may be a new type of species, because of its small stature. It has been dubbed a "Golden mammoth" and could be as much as 50,000 years old.

In 2018 archaeologists announced the discovery of a mammoth kill site in Austria, where Stone Age people slaughtered mammoths.

George Church, a Harvard and MIT geneticist and co-founder of CRISPR is the head of the Harvard Woolly Mammoth Revival team, a project that is in attempting to introduce mammoth genes into the Asian elephant for conservation purposes.

"The elephants that lived in the past — and elephants possibly in the future — knocked down trees and allowed the cold air to hit the ground and keep the cold in the winter, and they helped the grass grow and reflect the sunlight in the summer," Church told Live Science in May 2018. "Those two [factors] combined could result in a huge cooling of the soil and a rich ecosystem."