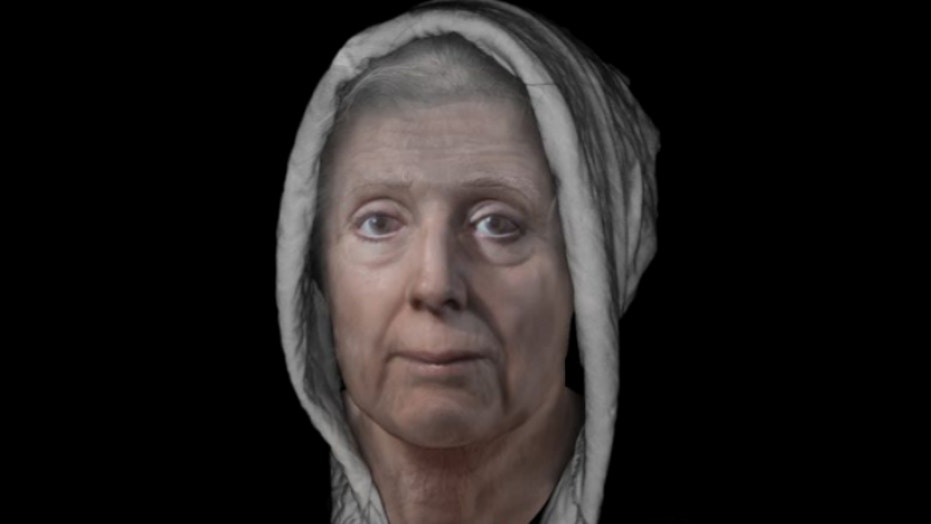 Officials in Scotland want to locate the remains of a woman accused of witchcraft who died in prison 315 years ago.

Lilias Adie, a woman from the village of Torryburn in Eastern Scotland, died in prison in 1704. Adie, who is believed to have been in her 60s at the time of her death, had “confessed” to being a witch and having sex with the devil, according to researchers.

On Aug. 31, which marked the 315th anniversary of her death, local government officials from Fife Council in Scotland placed a wreath at her burial site and launched a campaign to find her remains.

Adie was buried on Torryburn beach under a large stone, indicating that local people were afraid she would return to haunt them. The bones were exhumed for study in the 19th century and Adie’s skull was taken to Saint Andrews University Museum, where it was photographed over 100 years ago.

The reconstruction of Lilias Adie's face. (The University of Dundee)

Fife Council notes that the skull was exhibited in Glasgow in 1938, but now, none of the remains can be traced.

“It’s important to recognize that Lilias Adie and the thousands of other men and women accused of witchcraft in early modern Scotland were not the evil people history has portrayed them to be. They were the innocent victims of unenlightened times,” said Councillor Julie Ford of Fife Council, during the wreath-laying ceremony at Torryburn beach. “It’s time we recognized the injustice served upon them.”

“I hope by raising the profile of Lilias we can find her missing remains and give them the dignified rest they deserve,” she added.

The reconstruction of Lilias Adie's face. She is believed to have been in her 60s when she died. (The University of Dundee)

Images of Adie’s skull, however, are held in the National Library of Scotland and were used to create a 3D reconstruction of Adie’s face in 2017.

Experts believe that Adie’s face is the only accurate likeness of a Scottish "witch" in existence. As most were burned, scientists are unable to use their skulls to reconstruct their faces.

Fife officials note that Adie’s grave is the only known example of a “revenant” burial in Scotland, where the burial was designed to prevent the deceased from “rising from the grave.”

Scotland continues to reveal new aspects of its rich history. Archaeologists, for example, recently discovered an ancient Viking drinking hall on a remote island in the Scottish Orkney archipelago.

Witch-burning in the County of Regenstein, 1550 - illustration. (ZU_09/iStock)

Earlier this year, a 14-year-old schoolboy helped uncover long-lost medieval stone carvings in the graveyard of a Glasgow church.