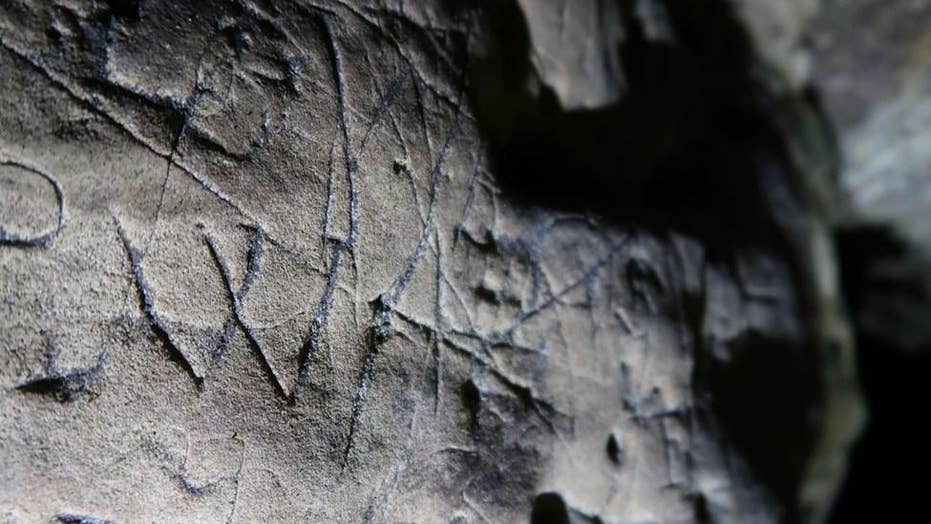 Mysterious 'witches marks' discovered in an ancient cave in Creswell Crags, England and the discovery highlights the importance of the Crags for researchers in England.

The oldest cave art in England was created during the last Ice Age, when our ancient ancestors drew images of birds, mammals and other creatures to describe the world around them. Now, newly discovered images tell an entirely different story – witches' marks.

Located in Creswell Crags, a limestone gorge that sits between Derbyshire and Nottinghamshire, the carvings were discovered by a pair of "enthusiasts" during a cave tour and were found in "plain sight," John Charlesworth, Heritage Facilitator and the tour leader at the time of the discovery, said in a statement.

"After 17-years at Creswell Crags it makes me wonder what else it has to surprise us," Charlesworth said.

In 2016, Historic England, a government-sponsored organization that aims to preserve the country’s historic buildings and monuments, asked members of the public hunt for so-called “witches’ marks” that were carved into old buildings to protect against witchcraft.

Witches' marks are commonly found in historic churches and houses, the statement added, noting they are "scribed to protect the inhabitants from evil spirits." Designs may vary, but the most popular design is the double 'VV' engravings, which could be a reference to the Virgin Mary, also known as the "Virgin of Virgins."

Another widely-scribed mark is PM, perhaps short for "Pace Maria."

Apotropaic marks, which aim to ward off evil, have been found in medieval houses dating from about 1550 to 1750. They have, for example, been recorded at Shakespeare’s birthplace in Stratford-upon-Avon, as well as in medieval barns, where they were etched into the ancient timber to protect crops.

Other witches marks that have been found include diagonal lines, boxes and mazes, and may well be "a response to a period of unexpected sickness, death or poor crops," the statement added.

The discovery underlines the importance of Creswell Crags for researchers, professor Ronald Hutton said. "This is a large new area of research for historians and archaeologists, and so adds appreciatively to the importance of the Crags as a world resource," Hutton said in the statement.

The researchers added that they are not sure when the marks were made or by whom, with those questions likely to be answered as more research is done. Tours of the caves that include the marks will start later this month.