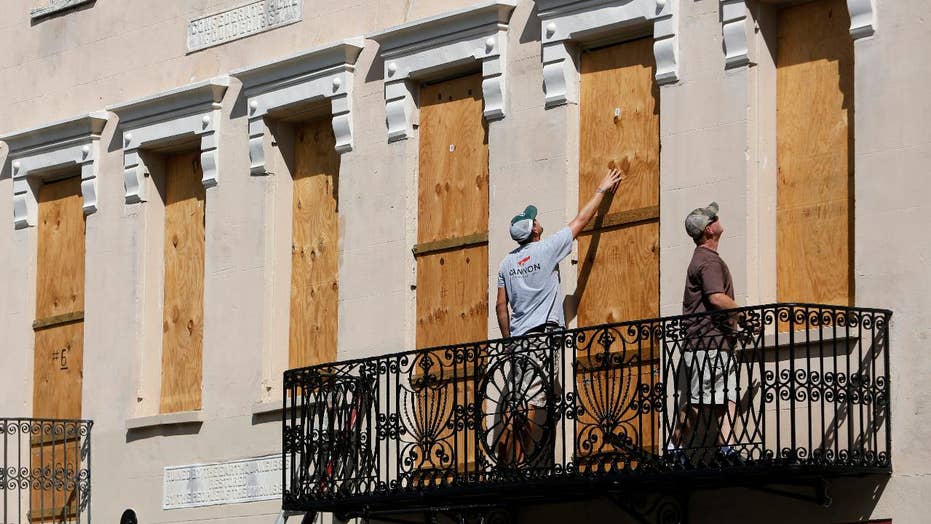 Ken Graham, director of the National Hurricane Center, doesn't see anything in Hurricane Florence's path that will weaken the category 4 hurricane before it makes landfall.

Hurricane Florence, a potentially catastrophic storm barreling toward the southeastern U.S., has intensified further north than a typical storm of its size.

Florence is approximately 370 miles south-southwest of Bermuda and around 845 miles east-southeast of Cape Fear, North Carolina, as of 2 p.m. ET, according to the NHC.

The center says the storm is moving west-northwest at 17 mph, and has maximum sustained winds of about 130 mph.

Although it’s hard to attribute any storm's intensification to one specific factor over another, a scientist explained some of the potential reasons to Fox News.

“There is literature that supports the idea for stronger storms higher up in latitude with time. These claims are tied to warmer ocean temperatures, and the poleward expansion of the Hadley Cell,” Michael Ventrice, meteorological scientist at The Weather Company, which is owned by IBM, told Fox News.

In the case of Florence, there was an upper-level trough that helped to fuel the monster hurricane’s rapid intensification.

“It is possible that this trough—tropical cyclone interaction occurred by random change, however,” Ventrice added. “We will need to see a higher sample of storms throughout the next 50 to 100 years to fully attribute the claim of climate change as the culprit for Florence's intensification.”

North Carolina has only been hit by one Category 4 storm since reliable record keeping began in the 1850s. That was Hurricane Hazel, which was already responsible for killing 1,000 people in Haiti and had winds clocked at 150 mph when it hit the coast in 1954.