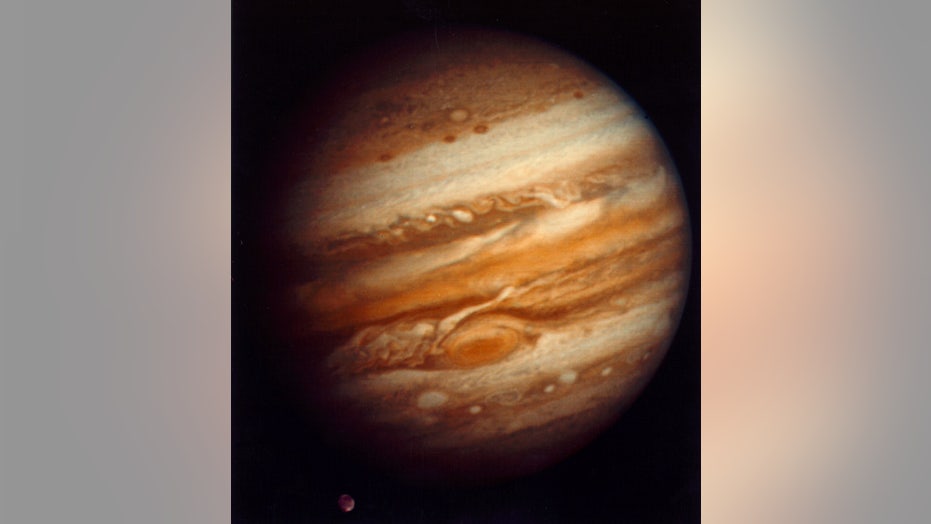 Researchers have discovered exoplanets that have been referred to as "hot Jupiters" before, but now they've found a "warm Jupiter" deep in space.

NASA’s Transiting Exoplanet Survey Satellite has spotted a new planet known as TOI-677 b, according to a study that can be read on the arXiv repository.

Believed to be 23 times larger than Jupiter, TOI-677 b orbits its star every 11.23 days. "Warm Jupiters" orbit their star between 10 and 100 days, whereas "hot Jupiters" take more than 100 days to orbit their star.

The giant black spot on the surface of Jupiter. (Image data: NASA/JPL-Caltech/SwRI/MSSS. Image processing by Kevin M. Gill, © CC BY 3.0)

Researchers have found several so-called "hot Jupiters" in recent memory, including WASP-121 b, a football-shaped exoplanet 900 light-years from Earth. Researchers discovered another "hot Jupiter" known as KELT-9b in 2017.

An illustration of Planet WASP-121b orbiting its host star, which is even hotter than our sun.

These exoplanets are known as "hot Jupiters" because they are gas giants just as Jupiter is, but are significantly warmer. Because of its distance from the Sun, Jupiter's temperature measurements vary more in height.

EXOPLANET THAT 'SHOULD NOT EXIST' DISCOVERED BY RESEARCHERS

According to NASA, more than 4,000 exoplanets have been discovered so far, and there are another 3,000 "candidates" that require further observation to determine if they are real.