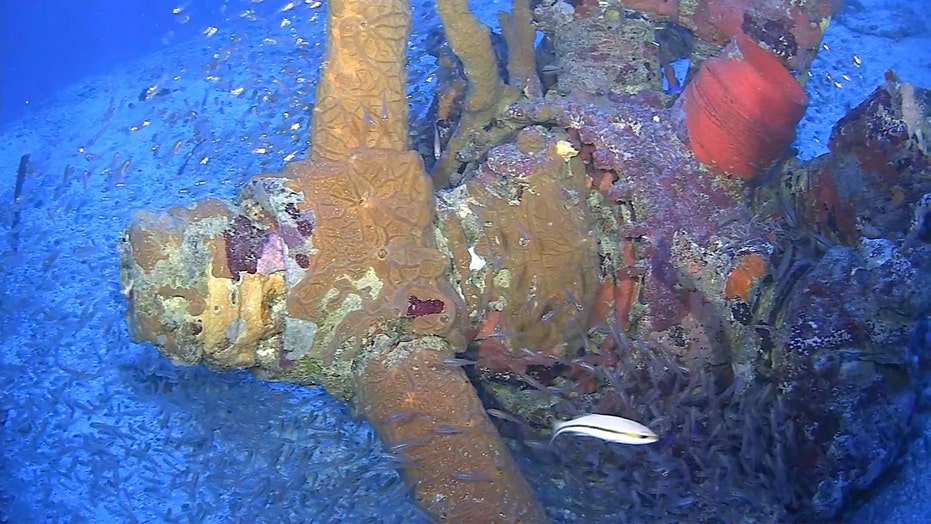 Three U.S. World War II aircraft have been discovered in a lagoon in Micronesia 76 years after they went missing. The planes, which were part of Operation Hailstone in February 1944, are associated with 7 U.S. servicemen listed as missing in action.

Project Recover, which harnesses technology in an attempt to find and repatriate Americans missing in action (MIA) during World War II, discovered the aircraft in Truk Lagoon, now known as Chuuk Lagoon, part of the Federated States of Micronesia.

The two SBD-5 Dauntless dive bombers and the TBM/F-1 Avenger torpedo bomber took part in Operation Hailstone against Japanese forces in the lagoon on Feb. 17 and Feb. 18, 1944.

While Operation Hailstone resulted in a U.S. victory, the three aircraft, which flew from aircraft carriers USS Enterprise and USS Intrepid, were among approximately 30 American planes that were lost during the operation. Of these, 12 were lost within the lagoon.

Experts from the University of Delaware and the Scripps Institution of Oceanography, which is now part of the University of California, San Diego, were involved in the effort to locate the recently discovered planes.

Four expeditions were made to the lagoon between April 2018 and December 2019. After searching nearly 70 square miles of the seabed with side-scan sonar, researchers used underwater drones to spot debris from the three planes, at depths ranging from 100 to 215 feet.

“After completing archeological surveys of the crash sites in December 2019, the team is now assembling reports for review by the U.S. government to potentially set into motion a process for recovering and identifying the remains of up to seven crew members associated with these aircraft,” Andrew Pietruszka, an underwater archaeologist at Scripps Institution of Oceanography and Project Recover’s lead archaeologist, said in a statement obtained by Fox News.

Documentation of the sites will also be shared with the Federated States of Micronesia and the U.S. Department of Defense’s Defense POW/MIA Accounting Agency (DPAA).

“Finding these three aircraft was only possible with the dedication and tireless efforts of our team members and the support of the host country,” said Mark Moline, co-founder of Project Recover, expedition leader and director of the School of Marine Science and Policy at the University of Delaware, in the statement. “While the discovery of these sites is exhilarating and validating, these feelings are mixed with the humbling emotions of the sacrifices made by these service members and their families in protecting our freedoms.”

Project Recover CEO and retired U.S. Marine aviator Derek Abbey said that, including Operation Hailstone, a total of 28 U.S. aircraft from World War II, associated with 103 MIAs, are believed to be missing in Truk Lagoon. “Project Recover is honored to play our part in keeping our nation's promise of returning our fallen service members home and we remain committed to locating more Americans missing in action in Chuuk and around the world," he said, in a statement.

Project Recover recently revealed the wreck of a U.S. World War II aircraft in stunning detail 77 years after it was lost off Oahu, Hawaii.

Other allied military aircraft from the war have been discovered in recent years. Last year, the wreck of a World War II U.S. B-24 bomber that plunged into the sea off Bermuda in February 1945 was discovered by a team of researchers from the University of Delaware.

The wreckage of another U.S. Air Force B-24 bomber was found in Papua New Guinea in 2018, 74 years after it was shot down during a fierce battle with Japanese forces.

The iconic punched holes of the split-panel dive brakes from an SBD-5 Dauntless dive bomber are visible resting on the floor of the lagoon near the main debris site. (University of Delaware, courtesy of Dr. Mark Moline)

A coral-covered propeller of a U.S. SBD-5 Dauntless dive bomber from Operation Hailstone stands above the sand in Truk Lagoon (University of Delaware, courtesy of Dr. Mark Moline)

In 2018, an extremely rare World War II Spitfire fighter plane flown by a Royal Air Force pilot who later took part in the "Great Escape" was recovered from a remote Norwegian mountainside.