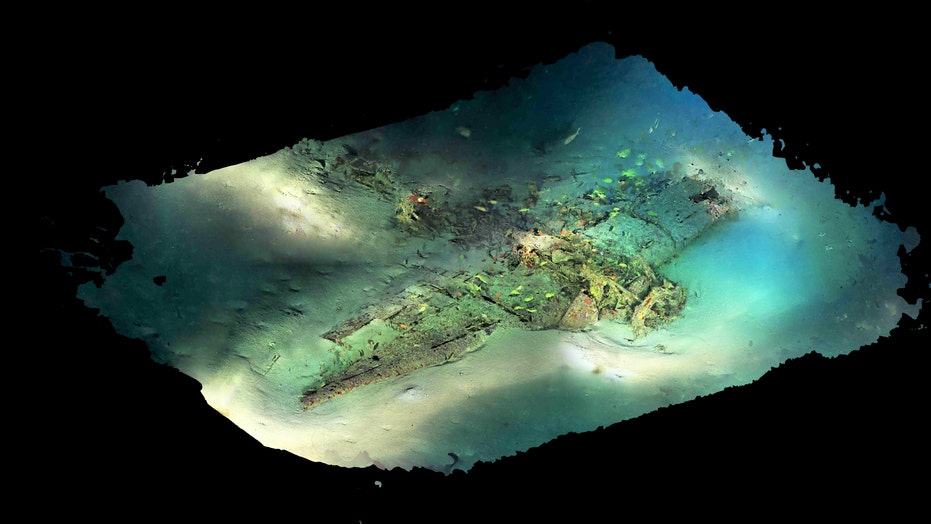 The wreck of a U.S. World War II aircraft has been revealed in stunning detail 77 years after it was lost off Oahu, Hawaii.

Experts from Project Recover and the Scripps Institution of Oceanography at the University of California San Diego on the private research vessel RV Petrel used sophisticated technology to image the wreck of the Grumman TBF Avenger. The site, which was first discovered in 1999 by the Hawaii Undersea Research Laboratory, is thought to be associated with three U.S. servicemen who are missing in action since 1942.

RV Petrel is part of Vulcan Inc., a research organization set up by the late Microsoft co-founder Paul Allen. The latest images were scanned as part of Project Recover, which harnesses technology in an attempt to find and repatriate Americans missing in action during World War II.

“On October 11, 1942, three U.S. TBF-Avenger aircraft from squadron VT-3 collided during a training flight off Naval Air Station Kaneohe, now Marine Corps Base Hawaii,” explained the Scripps Institution of Oceanography at the University of California San Diego in a statement. “Two of the aircraft crashed into the water immediately at the time of the incident. All six crew members of these two aircraft were killed and remain missing in action. The crew of the third plane bailed out successfully and were rescued.”

Image of the crashed off Hawaii created from high-resolution video data from a remotely operated vehicle from RV Petrel. (Scripps Institution of Oceanography at the University of California San Diego/RV Petrel/Vulcan Inc./Project Recover)

The plane wreck is lying on the seabed at a depth of about 330 feet and the engine is about 164 feet away. "The type of aircraft, location, and distribution of aircraft wreckage at the site are all consistent with the historical loss of the two VT-3 Avengers on October 11, 1942,” continued the Scripps statement.

There is, however, no sign of the plane’s tail and researchers are unable to say which aircraft it is.

Details of the site will be shared with the U.S. Department of Defense’s Defense POW/MIA Accounting Agency.

The plane's engine resting on the seabed. (Scripps Institution of Oceanography at the University of California San Diego/RV Petrel/Vulcan Inc./Project Recover)

RV Petrel is no stranger to seabed discoveries. Researchers aboard the ship recently discovered the wrecks of the Japanese aircraft carriers Kaga and Akagi 77 years after they were sunk by U.S. forces during the Battle of Midway.

“This project was a great bookend to our Midway Survey,” said Robert Kraft, director of subsea operations for Vulcan Inc., in a statement. “VT-3, assigned to the USS Yorktown, was one of three Torpedo Squadrons that took part in the battle of Midway.”

In 2019, experts on RV Petrel also discovered the wreck of World War II aircraft carrier USS Wasp in the Coral Sea more than 70 years after the ship was sunk during the Guadalcanal campaign.

Separately last year, researchers aboard the RV Petrel discovered one of the first Japanese battleships to be sunk by U.S. forces during World War II. Imperial Japanese Navy ship Hiei sank on Nov. 14, 1942, in the Solomon Islands.