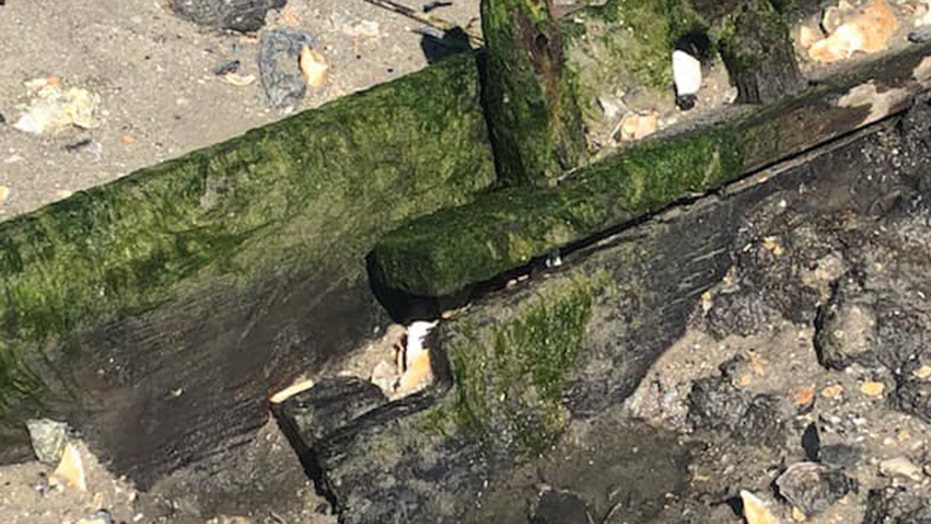 The wrecks of two wooden boats, one of which may be more than 100 years old, have been uncovered on a beach in northern Florida.

In a Facebook post, the St. Augustine Lighthouse and Maritime Museum explained that the wrecks were found at jetties in Mayport, near Jacksonville. Chuck Meide, of the Museum’s Lighthouse Archaeological Museum Program (LAMP), explained that the organization was alerted to a wooden boat or shipwreck near the Mayport jetties.

“We found the location in question after a short reconnoiter of the beach along the St. Johns River near the jetties,” he wrote. “There we found not one but two wooden wrecks. They represent two seemingly partially intact boats. They are too lightly built to have been ocean going ships, but instead were large boats that are now partially buried.”

Meide explained that what appears to be the forward ends or bows of the boats are exposed, with the larger, or more exposed boat, displaying about 21 feet of its overall length. The archaeologist thinks that the boat was originally about 30 to 32 feet long and 7 to 8 feet wide.

The wrecks were discovered in a beach in Mayport, Florida. (Lighthouse Archaeological Maritime Program)

“The second boat has so little exposed that we can not accurately estimate how big it might have once been,” he added.

The more exposed of the two boats also has what appears to be the stump of a mast, according to Meide. “It is difficult to estimate the age range of this boat, but it could easily be 75 to 100 years old, and possibly older,” he wrote. “One local resident said he thought these boats were abandoned wreckage dating to Hurricane Dora in 1964, and they could have been used for decades before that, perhaps as fishing boats. One of the two boats was lodged next to some robust timbers that appear to be the remains of an old dock.”

The Sunshine State continues to reveal its shipwreck secrets. In 2018, Florida beachgoers discovered the “holy grail of shipwrecks” after the remains of an 18th-century ship washed ashore.

Separately in 2018, Hurricane Michael unearthed the wreckage of a nearly 120-year-old ship on Dog Island in Franklin County.

The wrecks were discovered near jetties in Mayport. (Lighthouse Archaeological Maritime Program)

Last year, a mysterious 19th-century shipwreck was discovered by researchers testing underwater drone equipment in the Gulf of Mexico.

The outline of one of the wrecks. (Lighthouse Archaeological Maritime Program)