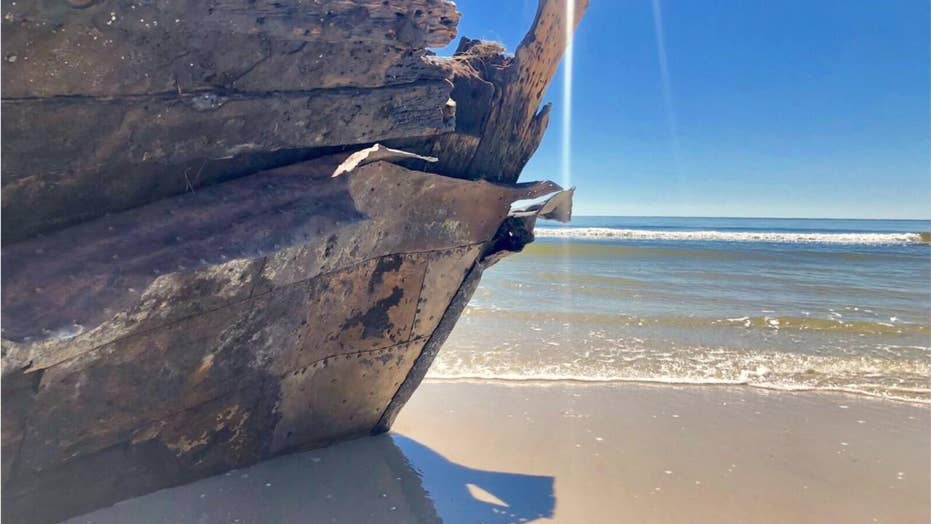 Ghost of hurricanes past: Hurricane Michael's storm surge unearthed a shipwreck that was previously washed ashore from an 1899 hurricane.&nbsp;

When Hurricane Michael unleashed its wrath on the Florida Panhandle in early October, it unearthed a piece of history: the wreckage of not just one — but possibly two — 19th-century ships.

The remaining part of the ships, located on Dog Island in Franklin County, “are extremely well documented and are well-understood,” Sarah Revell, communications director at the Florida Department of State, told Fox News.

These vessels have “been mostly stationary” since they were wrecked by Hurricane Carrabelle in 1899, she added, noting “some parts of the site have become exposed” from time to time.

The wreckage is well-documented. (Andrew Smith)

Andrew Smith, a longtime Dog Island resident who witnessed the wreckage, told Fox News this is the most he’s ever seen the ancient ship uncovered.

The Carrabelle Boat Club wrote on Facebook about the Dog Island "history revealed" by the storm, posting Smith's photos, which have since been shared more than 3,000 times.

After Carrabelle hit the island, “damage estimates reached $1 million dollars, including nearly 60 vessels beached or completely destroyed,” according to the Florida Memory Program. At least seven people died after the hurricane hit nearly 120 years ago.

Smith took drone footage of the wreckage. The ships were destroyed during a hurricane in 1899. (Andrew Smith)

There are no "immediate plans” to revisit the site, as “these wrecks have been mapped and investigated scientifically multiple times in the past," Revell said, citing the ongoing Hurricane Michael recovery efforts as another reason.

“We may visit the site in the near future with some of our partners if it has not been covered up by sand again,” she added.