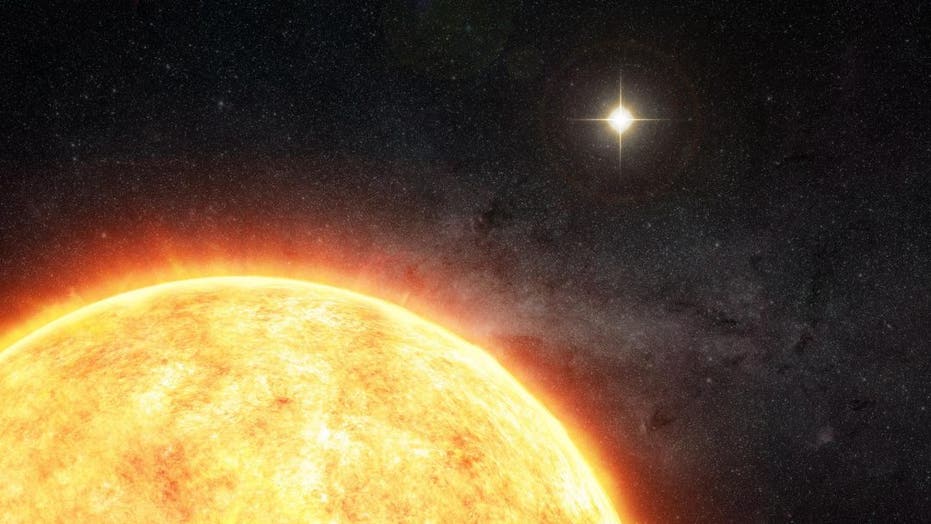 The sun, the center of the solar system, continues to fascinate researchers, and NASA has sent a probe to "touch" the massive star. A new study, however, suggests it may have a long-lost twin.

The research, published in The Astrophysical Journal Letters, suggests that traces of the sun's "temporary binary companion" are seen in the Oort cloud, described by NASA as "the most distant region of our Solar System."

"Previous models have had difficulty producing the expected ratio between scattered disk objects and outer Oort cloud objects," study lead author Amir Siraj said in a statement. "The binary capture model offers significant improvement and refinement, which is seemingly obvious in retrospect: most Sun-like stars are born with binary companions."

Artist's conception of a potential solar companion, which theorists believe was developed in the Sun's birth cluster and later lost. If proven, the solar companion theory would provide additional credence to theories that the Oort cloud formed as we see it today, and that Planet Nine was captured rather than formed in place. Credit: M. Weiss

95 'COOL WORLDS' DISCOVERED IN MILKY WAY NEAR THE SUN

The Oort cloud is even further than the Kuiper belt, a region where NASA has discovered the mysterious Arrokoth. It's also a place where Pluto resides, which caused it to be reclassified and lose its planet status.

It's believed to be a "giant spherical shell" that surrounds the rest of the solar system and is made of icy pieces of space debris, some of which NASA says could be "the sizes of mountains and sometimes larger." It's also thought to contain billions, perhaps trillions, of space objects.

According to the researchers, the reason the Oort cloud has an abundance of objects is due to the sun's long-lost twin.

SCIENTISTS DISCOVER DISTANT 'MIRROR IMAGE' OF THE EARTH AND SUN

"Binary systems are far more efficient at capturing objects than are single stars," study co-author Avi Loeb added. "If the Oort cloud formed as observed, it would imply that the sun did, in fact, have a companion of similar mass that was lost before the sun left its birth cluster."

Given the size and scope of the Oort cloud, it's also possible the mysterious Planet Nine, which has yet to be discovered, but is believed to exist, could have been captured by it.

"If the [Vera C. Rubin Observatory] verifies the existence of Planet Nine, and a captured origin, and also finds a population of similarly captured dwarf planets, then the binary model will be favored over the lone stellar history that has been long-assumed," Sinaj added.

The Vera C. Rubin Observatory is slated to launch in early 2021.

A hypothetical planet that has been described as "the solar system's missing link," Planet Nine (also known as Planet X) has been part of the lexicon for several years, first mentioned in 2014. It was brought up again in 2016, when Caltech astrophysicists Mike Brown and Konstantin Batygin first wrote about it.

If the sun did have a partner that helped form the early solar system, we'll likely never find it, the researchers acknowledged.

"Passing stars in the birth cluster would have removed the companion from the sun through their gravitational influence," Loeb explained. "Before the loss of the binary, however, the solar system already would have captured its outer envelope of objects, namely the Oort cloud and the Planet Nine population."

"The sun's long-lost companion could now be anywhere in the Milky Way," Siraj added.