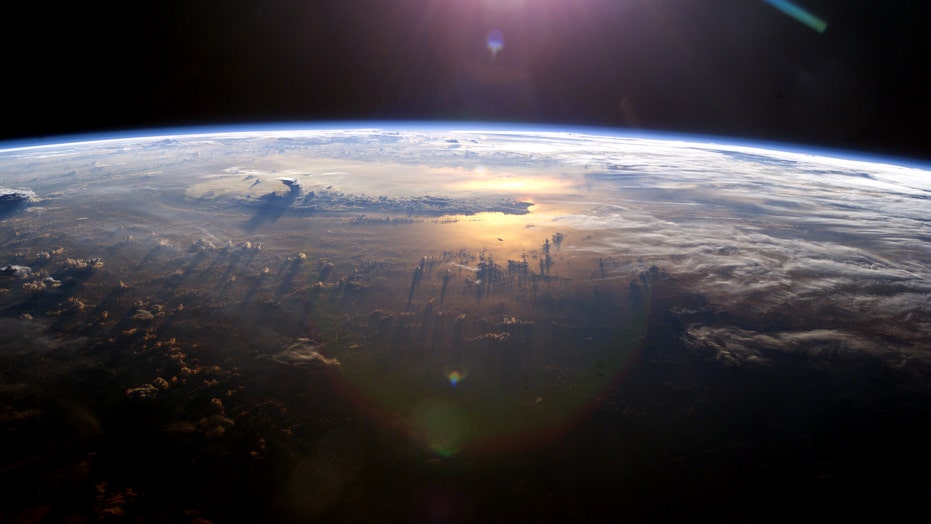 Scientists have discovered a potentially habitable exoplanet and its star that are a “mirror image” of the Earth and the sun.

Experts from the Max Planck Institute for Solar System Research in Göttingen, Germany, led an international team of astronomers in the discovery of the exoplanet-star-pair.

Exoplanet KOI-456.04 is less than twice the size of Earth, but orbits a sun-like star, explains the Max Planck Institute, in a statement. The star is just over 3,000 light-years from the solar system.

A view of Earth’s horizon as the sun sets over the Pacific Ocean. This image was taken by an Expedition 7 crew member onboard the International Space Station - file photo. (NASA)

“KOI-456.04 sits in a region of the stellar habitable zone – the distance range around a star admitting liquid surface water on an Earth-like planet – that is comparable to the Earth’s position around the Sun,” the scientists add, in the statement.

Experts also note that KOI-456.04’s host star is unlike the central stars of most other exoplanets.

“Its host star, called Kepler-160, actually emits visible light; the central stars of almost all other exoplanets, on the other hand, emit infrared radiation, are smaller and fainter than the Sun and therefore belong to the class of red dwarf stars,” explains the Institute, in the statement.

The newly discovered planet candidate KOI-456.04 and its star Kepler-160 (second panel from above) have great similarities to Earth and Sun (top panel). (© MPS/René Heller)

The research is published in the journal Astronomy & Astrophysics.

Scientists used a new search algorithm to discover planet candidate KOI-456.04, which has a 1.9 Earth radii and an orbital period of 378 days. “The surface conditions on KOI-456.04 could be similar to those known on Earth, provided its atmosphere is not too massive and non-Earth-like,” explains the Max Planck Institute, in the statement. “The amount of light received from its host star is about 93 percent of the sunlight received on Earth.”

However, experts also note that more data is needed to formally declare KOI-456.04 a planet. "It cannot currently be ruled out completely that KOI-456.04 is, in fact, a statistical fluke or a systematic measurement error instead of a genuine planet,” they write. “The team estimates the chances of a planetary nature of KOI-456.04 to be about 85 percent pro planet. Obtaining a formal planetary status requires 99 percent.”

The Max Planck Institute, along with an international team of astronomers, was recently involved in the discovery of a massive, rotating disk galaxy from the early universe.