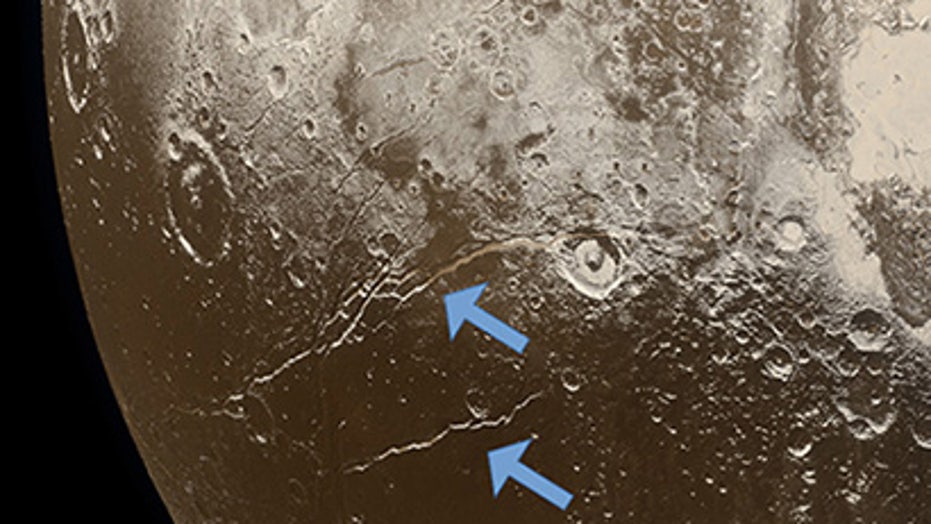 There may be a dispute in the scientific community about whether Pluto deserves to be a planet, but researchers have found evidence that the dwarf planet may have had an ocean billions of years ago.

The study, published in Nature Geoscience, suggests that Pluto may have been hot enough when it was forming to allow for liquid water to exist on its surface. The researchers used thermal model simulations and photographic evidence of extensional faults taken by NASA's New Horizons spacecraft, to come up with their findings.

“For a long time people have thought about the thermal evolution of Pluto and the ability of an ocean to survive to the present day,” said study co-author and UC Santa Cruz Professor Francis Nimmo in a statement. “Now that we have images of Pluto’s surface from NASA’s New Horizons mission, we can compare what we see with the predictions of different thermal evolution models.”

LIFE ON PLUTO? OCEAN, LONG THOUGHT TO BE FROZEN, COULD BE HIDDEN, STUDY CLAIMS

“If it started cold and the ice melted internally, Pluto would have contracted and we should see compression features on its surface, whereas if it started hot it should have expanded as the ocean froze and we should see extension features on the surface,” the study's lead author, Carver Bierson, added. “We see lots of evidence of expansion, but we don’t see any evidence of compression, so the observations are more consistent with Pluto starting with a liquid ocean.”

If Pluto formed in less than 30,000 years, it would have "started out hot," which means the liquid ocean would have developed early in the celestial object's existence.

If it took a few million years, "a hot start would only be possible if large impactors [asteroids] buried their energy deep beneath the surface," the researchers added in the statement.

Pluto is widely believed in the scientific community to have formed 4.5 billion years ago.

By analyzing the faults, ridges and other possible features of a long-lost ocean on the dwarf planet, the researchers also noted that other planets and objects in the Kuiper Belt, including dwarf planets such as Eris and Makemake, may have also once had oceans as well.

NASA CHIEFS SAYS PLUTO IS A PLANET: 'IT'S THE WAY I LEARNED IT'

“Even in this cold environment so far from the sun, all these worlds might have formed fast and hot, with liquid oceans,” Bierson explained.

A structure on the dwarf planet, known as Sputnik Planitia or the planet's "beating heart," causes nitrogen winds to blow. Nitrogen is the majority of Pluto's atmosphere, combined with carbon monoxide and methane.

During the day, the nitrogen ice warms and turns into vapor, but by night, it condenses and reforms as ice.

Pluto, which has a multilayered atmosphere, moons and other features commonly associated with planets, is influenced by Neptune's gravity, which caused it to lose its status as a planet in 2006.

MILKY WAY GALAXY COULD HAVE 'OCEAN WORLDS' ALL OVER, NASA SAYS

However, several in the scientific community, including NASA Administrator Jim Bridenstine, have argued that it should be a planet and not a dwarf planet.

NASA first flew past Pluto in July 2015 with its New Horizons mission. Throughout that year, the space agency released a series of images of Pluto, including the first close-up image of an area near the dwarf planet's equator, which contains a range of mountains rising as high as 11,000 feet above Pluto's icy surface.

In late 2019, NASA announced that it has funded a study to see if another orbiter mission to Pluto is feasible.