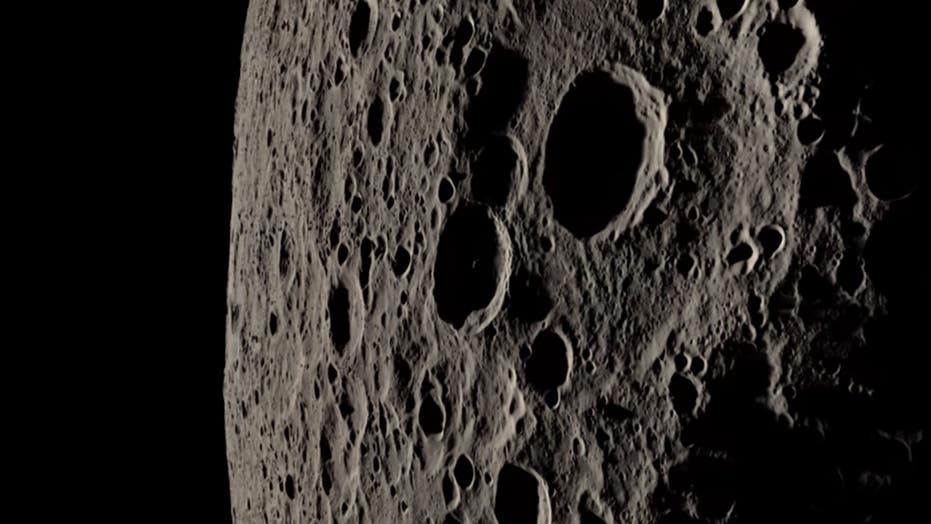 A stunning new NASA video provides an astronaut's view of the moon's far side, when the crew aboard Apollo 13 was out of communication with Earth.

The video, courtesy of the space agency's Lunar Reconnaissance Orbiter (LRO), is optimized to zoom in on on the surface of the moon.

Craters on the far side of the moon can be seen as the spacecraft flies above it in the epic video.

NASA'S NEXT MARS ROVER TO BE CALLED PERSEVERANCE

"The camera lingers for a while on a crater with a mountain at its center," Space.com reported. Shortly after that, Earth can be seen again on the horizon.

Apollo 13's crew never got the opportunity to land on the moon because an oxygen tank exploded in a service module on April 13, 1970, which forced them to implement backup plans.

"This video uses data gathered from the Lunar Reconnaissance Orbiter spacecraft to re-create some of the stunning views of the moon that the Apollo 13 astronauts saw on their perilous journey around the far side in 1970," NASA's Goddard Space Flight Center said in a statement released with the video.

The visualizations are in 4K resolution and show a range of different views of the lunar surface.