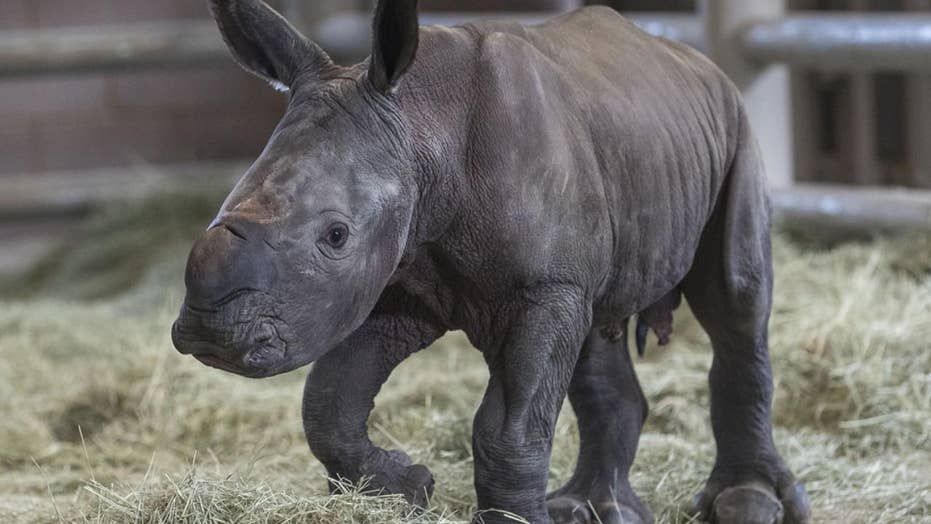 Using artificial insemination scientists are trying to save the Northern White Rhino.

The southern white rhinoceros, the only rhino species not endangered, could be one step further away from extinction after a San Diego-based conservation organization said it achieved the first successful artificial insemination birth of a southern white rhino in North America.

Victoria was successfully artificially inseminated with frozen semen from southern white rhino Maoto in March 2018. She carried the calf for 493 days and they will now bond with each other, away from the public.

Eventually, the male calf, which has not been given a name yet, will be introduced to the other five female rhinos at the Nikita Kahn Rhino Rescue Center.

"Not only are we thankful for a healthy calf, but this birth is significant, as it also represents a critical step in our effort to save the northern white rhino from the brink of extinction," Durrant added.

White rhinos are considered Near Threatened, according to the World Wildlife Fund. It is estimated that between 19,600 – 21,000 animals exist in protected areas and private game reserves.

White rhinos can live to ages between 40 and 50 years.

"Not only are we thankful for a healthy calf, but this birth is significant, as it also represents a critical step in our effort to save the northern white rhino from the brink of extinction."

Scientists are currently working on trying to save the critically endangered northern white rhinoceros from extinction, including using the southern white rhinos as surrogates.

In November, researchers from the U.K.’s University of Cardiff and the University of Venda in South Africa analyzed genetic samples from 232 rhinos and discovered that, despite the populations of northern and southern white rhinos splitting over a million years ago, they have sometimes shared genes.

Researchers say that genes have typically been shared during cold and arid periods, as recently as 14,000 years ago, when African grasslands expanded. “By looking at the white rhino’s population history we’ve been able to establish that there was contact between northern and southern rhino populations throughout history,” said Dr. Isa-Rita Russo of Cardiff University, in a November 2018 statement announcing the findings.

The AP reports that researchers are optimistic that a northern white rhino calf could be born from these processes within 10 to 20 years.

In May, scientists at the Polish zoo Chorzow successfully completed a procedure where they transferred a northern rhino test tube embryo back into a female southern white rhino whose eggs were fertilized in vitro. However, the embryo transferred at Chorzow zoo is smaller than expected. It remains to be seen whether it will implant in the mother's uterine lining and result in a pregnancy.

"There are a lot of technical problems that will be solved, but it will take time," Cesare Galli, whose company specializes in artificial reproduction of horses, told The AP in June.

In April, Zoo Miami welcomed the birth of the first rhino ever to be conceived from induced ovulation and artificial insemination.