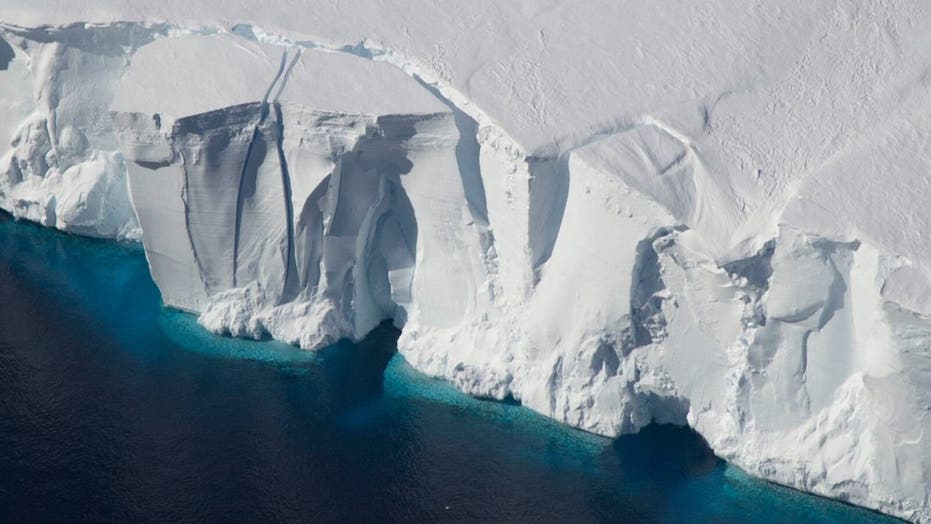 A newly published study says that global sea levels could rise more than one foot by 2100, should greenhouse gas emissions continue at their current pace.

The research, led by more than 60 ice, ocean, and atmosphere scientists from three dozen institutions around the world and backed by NASA, notes that sea levels could rise at least 15 inches between 2015 and 2100 if gases such as carbon dioxide continue to heat up the ice sheets in Greenland and Antarctica, resulting in their melting.

Ice shelves in Antarctica, such as the Getz Ice Shelf seen here, are sensitive to warming ocean temperatures. Ocean and atmospheric conditions are some of the drivers of ice sheet loss that scientists considered in a new study estimating additional global sea level rise by 2100. (Credit: Jeremy Harbeck/NASA)

The study, which has been published in The Cryosphere, is part of the Ice Sheet Model Intercomparison Project (ISMIP6). That is being led by NASA Goddard.

In September 2019, the U.N. issued a report that found seas are now rising at 3.66 millimeters per year, up from a previous estimate of 3 millimeters.

Of that 15 inches, Greenland could contribute anywhere between 1.3 inches to 3.5 inches, depending on the level of emissions. Antarctica has a wider range of estimates, given that Eastern Antarctica could actually gain mass due to temperatures rising.

The team said Antarctica could contribute up to 12 inches in sea-level rise, with Western Antarctica accounting for slightly more than seven of those inches.

"The Amundsen Sea region in West Antarctica and Wilkes Land in East Antarctica are the two regions most sensitive to warming ocean temperatures and changing currents, and will continue to lose large amounts of ice," said Hélène Seroussi, an ice scientist at NASA's Jet Propulsion Laboratory, in the statement. "With these new results, we can focus our efforts in the correct direction and know what needs to be worked on to continue improving the projections."

Nowicki, who is now at the University at Buffalo and formerly worked at NASA Goddard, added there was a lot of work put into this research.

"It took over six years of workshops and teleconferences with scientists from around the world working on ice sheet, atmosphere, and ocean modeling to build a community that was able to ultimately improve our sea level rise projections," Nowicki continued. "The reason it worked is because the polar community is small, and we're all very keen on getting this problem of future sea level right. We need to know these numbers."

The study will help guide the next report from the Intergovernmental Panel on Climate Change, scheduled to be released in 2022.

In March, another study suggested that almost half of the world's sandy beaches could be gone by 2100 if climate change continues.

In August, researchers found that 28 trillion tons of ice, primarily from the Arctic sea, Antarctic ice shelves and mountain glaciers, had been lost over the past 23 years, "a direct consequence of climate warming."

In May 2019, a separate study suggested climate change could raise sea levels by as much as 7 feet by 2100.

The landmark Paris Climate Agreement, which was agreed to in 2015 under the Obama administration, has as its long-term goal limiting the increase to 1.5 degrees Celsius. Nearly 200 nations signed the landmark agreement, including China.

In early November 2019, the Trump administration began its formal withdrawal from the agreement.