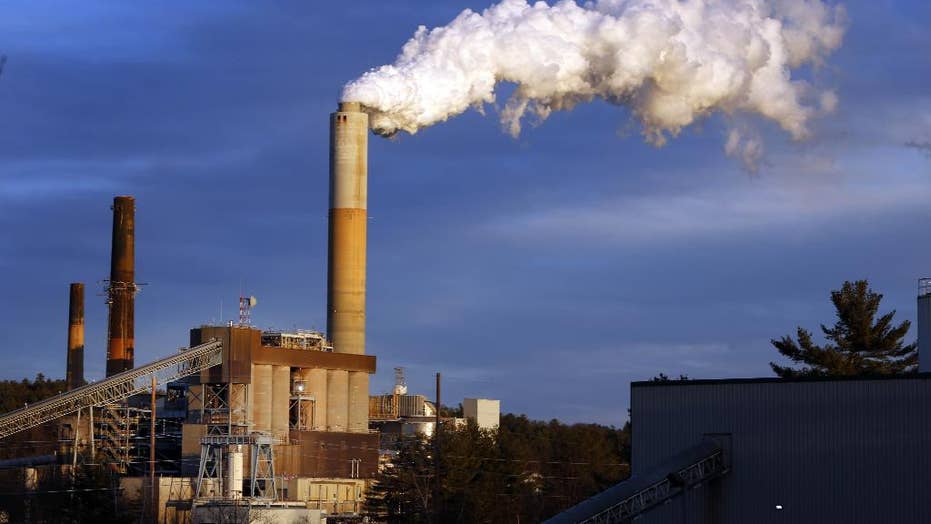 The United States submitted a formal notification that it will withdraw from the Paris climate agreement, Secretary of State Mike Pompeo announced Monday, a move that has been widely expected since President Trump announced his intention to do so in 2017.

The climate agreement, which went into force Nov. 4, 2016, committed countries that signed the measure to take certain voluntary steps to reduce greenhouse gas emissions. The agreement was not legally enforceable and countries set their own emissions targets. The accord banned countries from announcing their intent to withdraw in its first three years, meaning Monday was the first day the U.S. was allowed to submit its intent to leave the agreement since it went into force in 2016.

"President Trump made the decision to withdraw from the Paris agreement because of the unfair economic burden imposed on American workers, businesses, and taxpayers by U.S. pledges made under the Agreement," Pompeo said in a statement. "The United States has reduced all types of emissions, even as we grow our economy and ensure our citizens’ access to affordable energy."

LEONARDO DICAPRIO PRAISES GRETA THUNBERG AS 'A LEADER OF OUR TIME'

Trump has previously said that the Paris climate agreement harms the U.S. economy and would hurt American jobs if left to stand.

"Compliance with the terms of the Paris accord and the onerous energy restrictions it has placed on the United States could cost America as much as 2.7 million lost jobs by 2025 according to the National Economic Research Associates," Trump said in the Rose Garden in 2017 when he announced plans to remove the U.S. from the accord. "This includes 440,000 fewer manufacturing jobs — not what we need — believe me, this is not what we need — including automobile jobs, and the further decimation of vital American industries on which countless communities rely.  They rely for so much, and we would be giving them so little."

Some opponents of the agreement have noted that countries such as Russia and China were not affected as significantly by the accord as the United States and pointed out the unencouraging results of the Kyoto Protocol, raising questions about whether the Paris agreement would reduce global greenhouse gas emissions at all.

"Half of the countries that were legally bound to the Kyoto Protocol treaty failed to adhere to their pledges, and the host country of Japan even increased their carbon emissions," Sen. Jim Inhofe, R-Okla., said as the Paris climate agreement was being debated in 2016. "Now we find ourselves celebrating an agreement where the world’s largest carbon emitter, China, is permitted to increase their emissions until 2025 and to continue bringing a coal-fired power plant online every 10 days. We even turn a blind eye to the fact that China lied about its carbon emissions when it first came to the table with its pledge last year."

Others, however, see America backing out of the international pact to limit greenhouse gas emissions as an abdication of global leadership and denial of basic climate science.

"By withdrawing from the Paris climate agreement to double-down on a coal & fossil fuel energy agenda, Trump has engaged in a unilateral disarmament in the economic arms race that is the transition to clean energy," said Michael Mann, a climate scientist and professor at Penn State University. "The challenge of averting dangerous and irreversible climate change and massive coastal inundation, devastating floods and droughts, is that much more an uphill climb with Trump's pullout from the Paris agreement."

In his statement Monday, however, Pompeo maintained that the United States was on the right track both economically and environmentally.

"Our results speak for themselves," he wrote. "U.S. emissions of criteria air pollutants that impact human health and the environment declined by 74 percent between 1970 and 2018. U.S. net greenhouse gas emissions dropped 13 percent from 2005-2017, even as our economy grew over 19 percent."