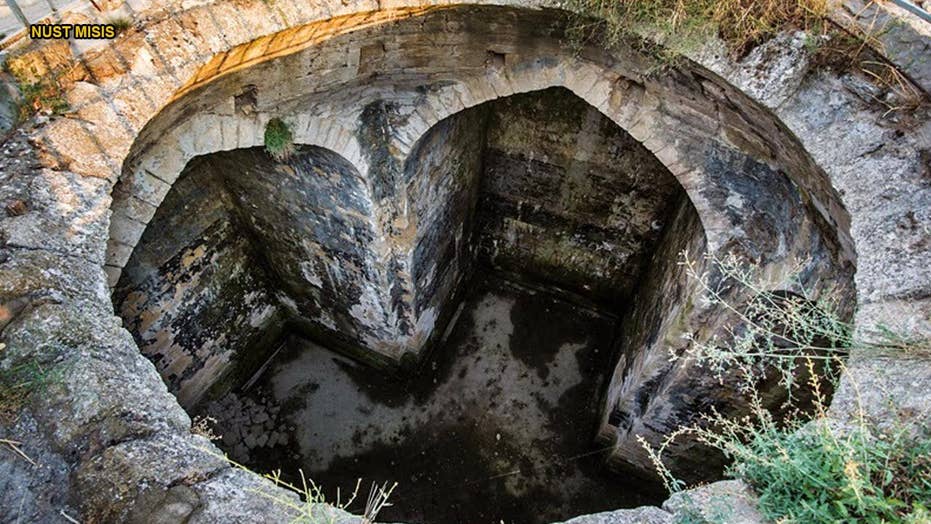 A 39-foot mysterious subterranean building located in the ancient Russian city of Derbent on the Caspian Sea, may actually be one of the oldest Christian churches in the world. Archaeologists have not been able to fully access the structure so instead, harnessed a non-invasive technique, muon radiography, to produce an image of the buried building. The results showed the building is in the shape of a cross, furthering the belief it could be a church.

Scientists may have discovered one of the oldest Christian churches in the world by using muon radiography to scan a mysterious subterranean building located in the ancient Russian city of Derbent, on the Caspian Sea's coast.

Archeologists have long wondered exactly the purpose the building served and one hypothesis is that it was some type of Christian temple. Other possible theories for the building's function: a reservoir or a Zoroastrian fire temple.

The 39-foot building, located in the northwest sector of the medieval fortress of Naryn-Kala, is almost completely hidden underground and built of local-shell limestone; it dates to about 300 A.D.

View from the top of the mystery building in Naryn-Kala. (NUST MISIS)

Excavating could endanger the UNESCO site, so archeologists have not been able to fully access the structure.

Instead, researchers from the Russian Academy of Sciences, Skobeltsyn Institute of Nuclear Physics Lomonosov Moscow State University, and Dagestan State University harnessed a non-invasive technique – muon radiography – to produce an image of the buried building.

If they can fully understand its structure, perhaps they could determine its use.

The results showed that the building is in the shape of a cross, furthering the belief that it could be a church. The space was found to be 36 feet high, 50 feet long and 44 feet wide.

FOSSIL SUGGESTS EARLIEST KNOWN MOVEMENT OF HUMANS OUT OF AFRICA

3D-model of the underground room, obtained from the results of muon detection. (© NUST MISIS)

"It seems very strange to me to interpret this building as a water tank. In the same fortress of Naryn-Kala, there is an equal underground structure of 10 meters depth, and it really is a tank. This is just a rectangular building. The unusual building, in which we have put our detectors, has the shape of a cross, oriented strictly to the sides of the world, one side is 2 meters longer than the others," said Natalia Polukhina, head of the scientific group and the study's author, in a statement.

"As the archaeologists who began excavations say, during construction, the building was entirely on the surface and it stands on the highest point of the Naryn-Kala. What is the sense to put the tank on the surface, and even on the highest mountain? It is strange. Currently, there are more questions than answers," Polukhina added.

The study's authors also emphasize that more muon detectors will need to be installed, in particular on the western slope of the fortress, in order to obtain a full-size underground picture.

Their work was published in the journal Applied Sciences.