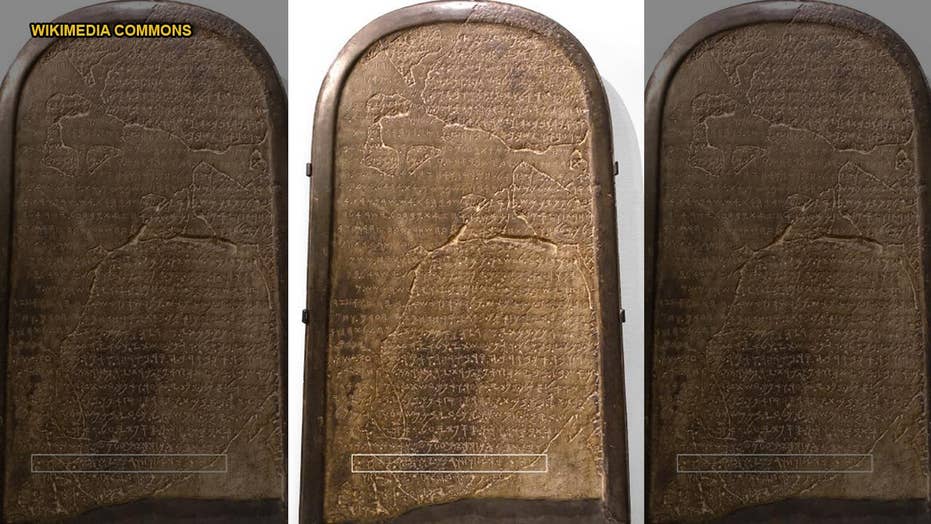 A new study of the Mesha Stele, which is also known as the Moabite Stone, a 3,000 year-old inscribed tablet that dates back to 840 B.C., proposes the idea that the biblical King Balak may have been an actual historical figure. Although the study's authors have theorized that Balak may have been an actual person, they acknowledge that, according to the Bible, he existed 200 years prior to the tablet's creation, so a reference to him is unlikely.

The study of an ancient tablet that dates back nearly 3,000 years suggests that the biblical King Balak may have been an actual historical figure.

Published in Tel Aviv: The Journal of the Institute of Archaeology of Tel Aviv University, the study looks at the Mesha Stele and makes the determination that after looking at new photos of the cracked tablet, Balak existed, though the researchers are not 100 percent certain of it.

"After studying new photographs of the Mesha Stele and the squeeze of the stele prepared before the stone was broken, we dismiss Lemaire’s proposal to read  (‘House of David’) on Line 31," the researchers wrote in the study's abstract. "It is now clear that there are three consonants in the name of the monarch mentioned there, and that the first is a beth. We cautiously propose that the name on Line 31 be read as Balak, the king of Moab referred to in the Balaam story in Numbers 22–24."

It's Line 31 that is tempering the researchers' enthusiasm. There are "[a]bout seven letters are missing from the beginning of the line [31], followed by the words (“sheep/small cattle of the land”)," the study's abstract adds.

The abstract continues: "Next there is a vertical stroke that marks the transition to a new sentence, which opens with the words (“And Hawronēn dwelt therein”). Evidently a name is expected to follow. Then there is a legible beth, followed by a partially eroded, partially broken section with space for two letters, followed by a waw and an unclear letter. The rest of the line, with space for three letters, is missing."

The Mesha Stele, which is also known as the Moabite Stone, is an inscribed tablet that dates back to 840 B.C. and was discovered in 1868 by researcher Frederick Augustus Klein.

It had previously been theorized that Line 31 was a reference to the House of David. However, the researchers, led by the study's lead author, Israel Finkelstein, believe the letter "B" is there and it is not a reference to "beth," the Hebrew word for "house," but rather Balak.

Although the study's authors, Finkelstein, Nadav Na’aman and Thomas Römer, have theorized that Balak may have been an actual person, their "proposal is very tentative," Ronald Hendel, a professor of the Hebrew Bible and Jewish Studies at the University of California, Berkeley, told Live Science. Hendel was not involved in the study.

Hendel also told Live Science that according to the Bible, King Balak existed 200 years prior to the tablet's creation, so a reference to him is unlikely.

The researchers have acknowledged this discrepancy, with Finkelstein telling Live Science: "[T]he study shows how a story in the Bible may include layers (memories) from different periods which were woven together by later authors into a story aimed to advance their ideology and theology. It also shows that the question of historicity in the Bible cannot be answered in a simplistic 'yes' or 'no' answer."

Researchers have attempted to reconstruct the tablet, which was smashed after a dispute between its previous owners, Bedouins, and a group that was attempting to purchase the stone, Live Science adds, but time and destruction have made it hard to read. It's now housed in the Louvre Museum in Paris.