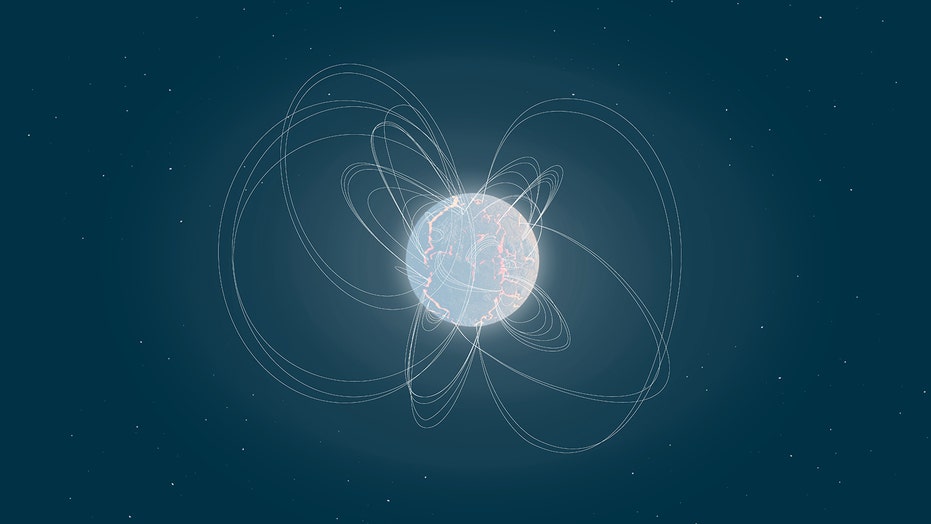 Scientists have discovered a neutron star that they describe as a “cosmic baby.”

The neutron star, Swift J1818.0−1607, is only 240 years old, making it “a veritable newborn by cosmic standards,” according to a NASA statement. The celestial object was spotted by NASA’s Neil Gehrels Swift Observatory on March 12. At that time, the neutron star released a massive burst of X-rays. Additional research by the European Space Agency’s XMM Newton observatory and NASA’s NuSTAR (Nuclear Spectroscopic Telescope Array), helped scientists discover more details about the star’s physical characteristics. This information was then used to estimate its age.

Located in the constellation Sagittarius, Swift J1818.0−1607 is located 16,000 light-years away. A light-year, which measures distance in space, equals about 6 trillion miles. “Because light takes time to travel these cosmic distances, we are seeing light that the neutron star emitted about 16,000 years ago, when it was about 240 years old,” NASA explains.

Some of the densest objects in the universe, neutron stars are the remnants of massive stars that go supernova and explode, according to NASA. Swift J1818.0−1607, it says, has twice the mass of our Sun, but its volume is 1 trillion times smaller.

“With a magnetic field up to 1,000 times stronger than a typical neutron star — and about 100 million times stronger than the most powerful magnets made by humans — Swift J1818.0−1607 belongs to a special class of objects called magnetars, which are the most magnetic objects in the universe,” explained NASA, in the statement. “And it appears to be the youngest magnetar ever discovered. If its age is confirmed, that means light from the stellar explosion that formed it would have reached Earth around the time that George Washington became the first president of the United States.”

The research has been published in the Astrophysical Journal Letters. The study was led by Paolo Esposito of the School for Advanced Studies (IUSS) in Pavia, Italy

MYSTERIOUS REPEATING RADIO SIGNALS FROM OUTSIDE OUR GALAXY DISCOVERED

"This object is showing us an earlier time in a magnetar's life than we've ever seen before, very shortly after its formation," said Nanda Rea, a researcher at the Institute of Space Sciences in Barcelona and principal investigator on XMM-Newton and NuSTAR observation campaigns.

The NuSTAR telescope is led by Caltech and managed by NASA’s Jet Propulsion Laboratory.

In another project, astronomers recently discovered a strange repeating rhythm of fast radio bursts coming from outside our galaxy. The radio bursts come from 500 million light-years away, according to a statement released by MIT, which participated in the research.