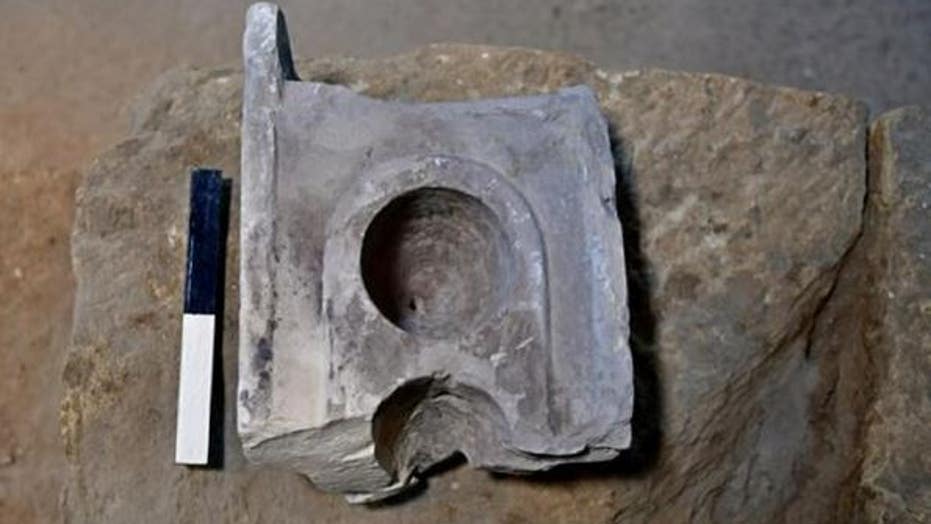 After discovering a highly rare, 2,000-year-old measuring table that was once used to assess wine or olive oil containers in Jerusalem, experts believe they've pinpointed the location of a crucial ancient market near the Temple Mount.

Archaeologists with the Israeli Antiquities Authority (IAA) showed off the discovery, which was made in the City of David National Park, on Monday. It is only the third artifact of its kind to be found so far in Jerusalmen.

The measuring table was found along the road leading to Temple Mount, which had led them to believe ancient Jerusalem's "main agora" has been discovered.

The top part of the measuring table found at the excavation site of the ‘ancient Jerusalem market’. (Ari Levi / Israel Antiquities Authority)

"When shopkeepers wanted to make sure they were working with the same standard, they used to see... the manager of the market" who owned the table, archaeologist Ari Levy told Phys.org.

The finding also points to the likelihood of trade in the area, which is south of Jerusalem's Old City, according to the IAA.

The excavations are not without controversy, however, as they are seen by some Palestinians as an attempt by Israel to keep control over the area.

Levy explained in Ancient Origins that when ancient shopkeepers needed to create a vessel to hold a certain volume of liquid, they would have worked with the “manager of the Jerusalem market who owned the measuring table.”

The measuring table, seen from the side. (Ari Levi/Israel Antiquities Authority)

Instead, it was used by the Roman inspector of measurements and weights, known as the "agoranomos," to calibrate the vessels that merchants used to sell their liquids.