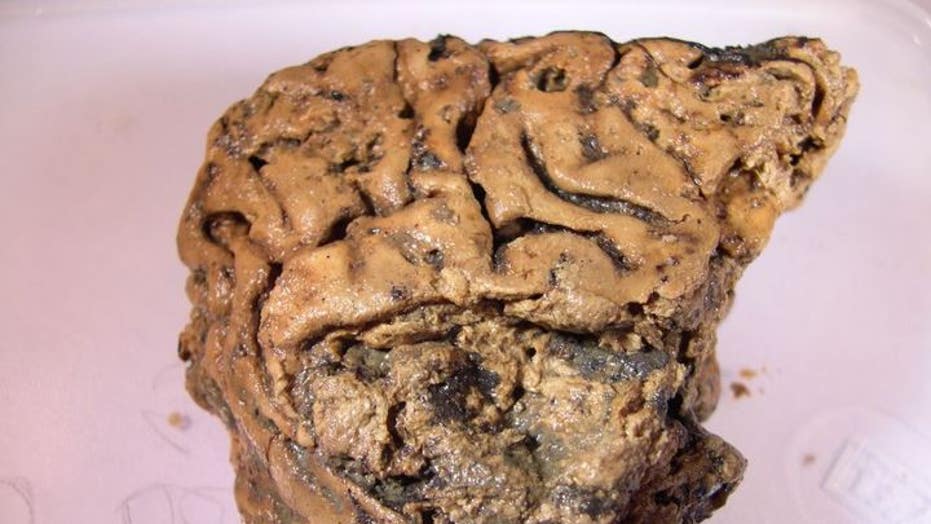 A 2,600-year-old brain that was discovered in 2008 shocked archaeologists at the time because it was stunningly well-preserved.

The brain, described as the oldest in Britain, was discovered in Heslington in the ancient city of York. Now, scientists believe they understand why the Heslington brain managed to resist decay for so many years.

According to a new study published in the Journal of the Royal Society Interface, a number of different factors can play a role in how a brain is preserved, including brain proteins and how the person was buried.

The research, which was led by experts from University College London, found that “tightly folded brain proteins” may have preserved the ancient organ, according to the UCL website. "The manner of this individual’s death, or subsequent burial, may have enabled the brain’s long-term preservation,” said the study’s lead author, Dr. Axel Petzold from UCL Queen Square Institute of Neurology.

The Heslington brain has amazed scientists since its discovery. (Axel Petzold/Journal of the Royal Society Interface)

According to researchers, brains tend to decompose quickly after death in a rapid process of autolysis, where enzymes break up the tissue. However, scientists think that these enzymes must have been deactivated within three months of the man's death. The "deactivation" may be the result of acidic fluid that entered the brain - a process thought to have occurred in relation to the individual's death, or at some point after he met his gruesome end.

The man is believed to have suffered a strike to the neck or head, or was possibly hanged and then decapitated.

The York Archaeological Trust (YAT) told Fox News that the skull containing the brain was discovered by Rachel Cubitt, a finds assistant at the Trust, during the 2008 excavation. The jaw and two vertebrae were also attached to the skull, which was found face down in a pit, according to the Trust.

"Surviving parts of the brain are currently held at YAT’s conservation lab where it has been preserved for future research," a spokesman explained, via email.

The UCL website notes that funding for the Heslington brain project was provided by the University of York and English Heritage.