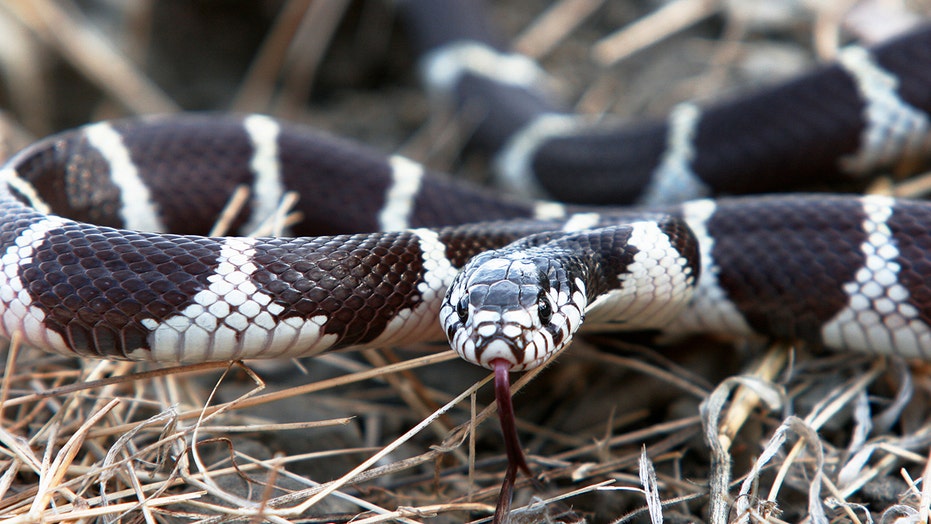 A snake in Pennsylvania was caught performing the circle of life -- on itself.

Jesse Rothacker, of Forgotten Friend Reptile Sanctuary in Elm, said he walked in on a kingsnake at the facility after it had “swallowed almost half of his body” on Friday.

Rothacker posted a video to the sanctuary’s Facebook page, saying that kingsnakes often prey on other snakes, including venomous copperheads and rattlesnakes. He explained that the reptile ended up in such dire straits after mistaking its bottom half for another snake.

“They will sometimes see their own tail, they’ll think it’s a snake, they’ll take a bite out of it, and they’ll realize they’ve bit themselves,” Rothacker said. “They don’t usually swallow themselves. But today, we’re going to see a kingsnake that, I don’t know, might not have done very well on the SATs.”

Rothacker first tried to get the snake to release itself by tapping it on its nose, which can make the serpents nervous and unhinge their jaws.

When the kingsnake refused to let go, Rothacker was forced to use his fingernail to pry the fangs loose and pull the snake from its own mouth.

The sanctuary later shared on Facebook that the kingsnake was chowing down on a real meal: “miceicles,” posting of photo of what appeared to be a frozen mouse clasped in the hungry serpent’s jaws.

Rothacker said the snake was being adopted Sunday.