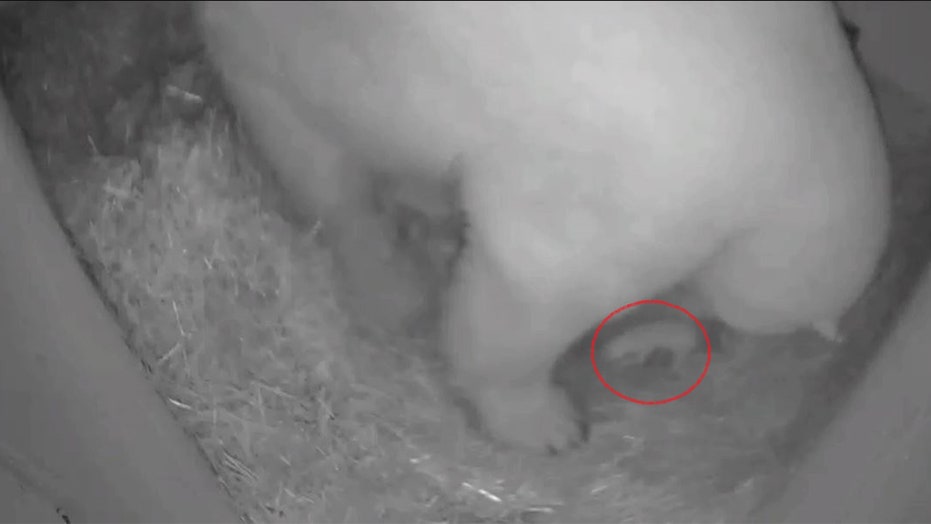 An Ohio zoo has released photos and video of a polar bear cub born on Thanksgiving Day.

The cub was observed being born at 12:43 a.m. Thursday from mounted cameras, the Columbus Zoo and Aquarium announced.

"The #Columbus Zoo is #thankful to welcome a new polar bear cub born on Thanksgiving Day at 12:43a to mother Aurora and father, Lee!,” the zoo said on Twitter. “Aurora is being an attentive mom, and the Animal Care team has observed the cub nursing in the private den.”

The Columbus Zoo and Aquarium welcomed a new polar bear cub this Thanksgiving. The zoo said the cub was born Thursday at 12:43 a.m. (Columbus Zoo)

The 13-year-old Aurora has mothered three other cubs, however this is her first cub with 20-year-old Lee, Fox 8 Cleveland reported.

Lee arrived at the Columbus Zoo from Denver Zoo on November 7, 2018, a move urged by The Association of Zoos and Aquariums’ Species Survival Plan, the station reported.

Aurora, the polar bear who gave birth to a cub on Thanksgiving Day at the Columbus Zoo and Aquarium, was being an attentive mom.  (Columbus Zoo )

The program is designed to maximize genetic diversity and increase the population sustainability of threatened and endangered species in human care, according to the station.