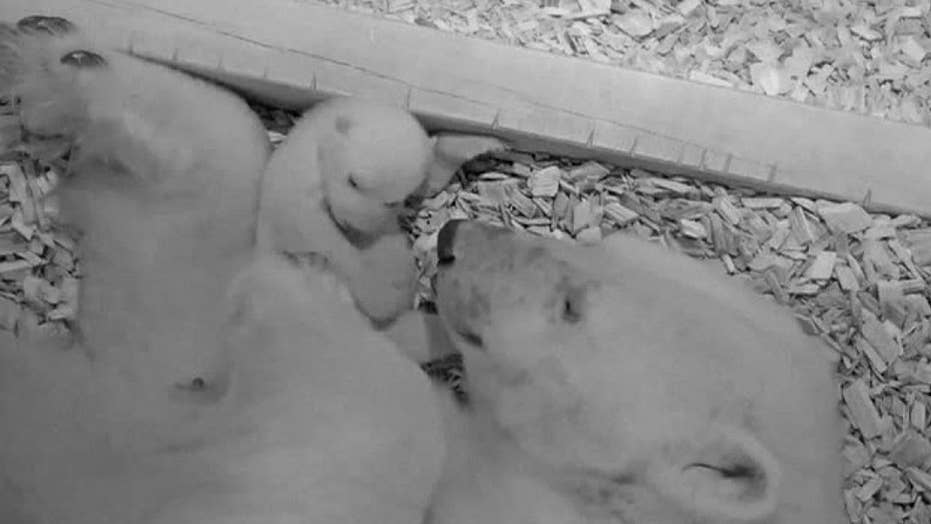 An adorable polar bear cub opened its eyes for the first time Wednesday, five weeks after being born in the Berlin Zoo on Dec. 1.

Tonia has nursed, cleaned and slept with her baby ever since. In order to give her offspring the most peace and quiet, officials have only watched the bear via cameras and microphones installed in the litter cave.

The cub's father joined the Berlin Zoo during the summer but is not involved with raising the cub, as polar bears largely live alone.

LONELY GEORGE THE SNAIL, THE LAST OF HIS KIND, DIES AT 14 IN HAWAII

A spokesperson for the zoo said the cub has a healthy appetite, adding that the bear ate a lot over the holidays and was now attempting to walk.

The mother and cub are not expected to leave their enclosure until the springtime.

The mortality rates for newborn polar bears is exceptionally high. In the wild, approximately 85 percent do not live for more than two years. Classified as vulnerable by the World Wildlife Fund, there are estimated to be only between 22,000 and 31,000 left on Earth.

Polar bear cubs are actually born deaf and blind; their eyes and auditory canals don't open until about 30 days after birth.