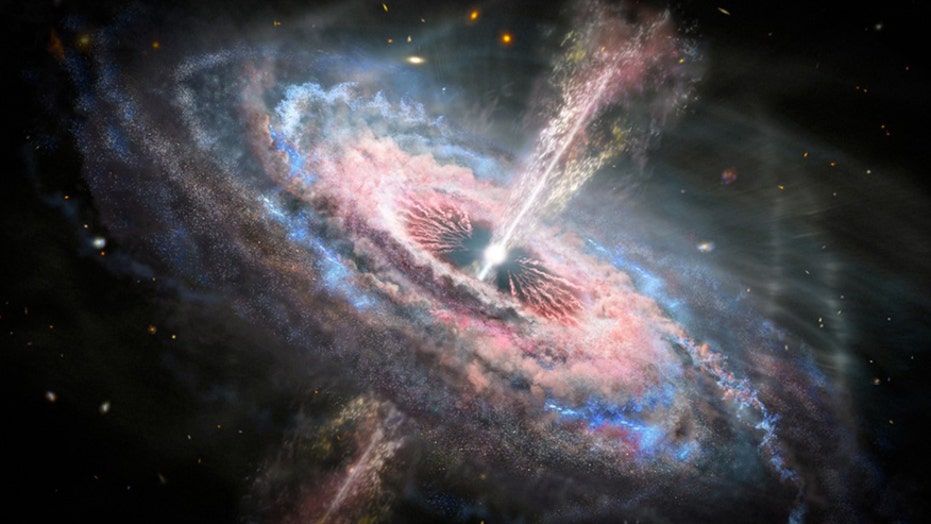 Described as “the most energetic outflows ever witnessed in the universe,” they emanate from quasars, distant bright objects in space that are similar to stars. The outflows “tear across interstellar space like tsunamis, wreaking havoc on the galaxies in which the quasars live,” said NASA, in a statement.

“Quasars contain supermassive black holes fueled by infalling matter that can shine 1,000 times brighter than their host galaxies of hundreds of billions of stars,” NASA explained. “As the black hole devours matter, hot gas encircles it and emits intense radiation, creating the quasar. Winds, driven by blistering radiation pressure from the vicinity of the black hole, push material away from the galaxy's center. These outflows accelerate to breathtaking velocities that are a few percent of the speed of light.”

Astronomers were able to study 13 quasar outflows, measuring the incredible speed of gas being accelerated by the quasar wind. This was achieved by looking at spectral "fingerprints" of light from the glowing gas.

An illustration of a distant galaxy with an active quasar at its center. (Credits: NASA, ESA and J. Olmsted [STScI]))

Hubble continues to shed new light on space. The telescope, for example, recently spotted a ‘galactic traffic jam’ more than 60 million light-years away.

A joint project of NASA and the European Space Agency, the Hubble telescope has captured a host of beautiful images since its launch in 1990. In 2012, NASA released an image of a double nucleus in the Andromeda Galaxy that was captured by the Hubble Space Telescope. A Hubble image released in 2014 showed a double nucleus in spiral galaxy Messier 83.