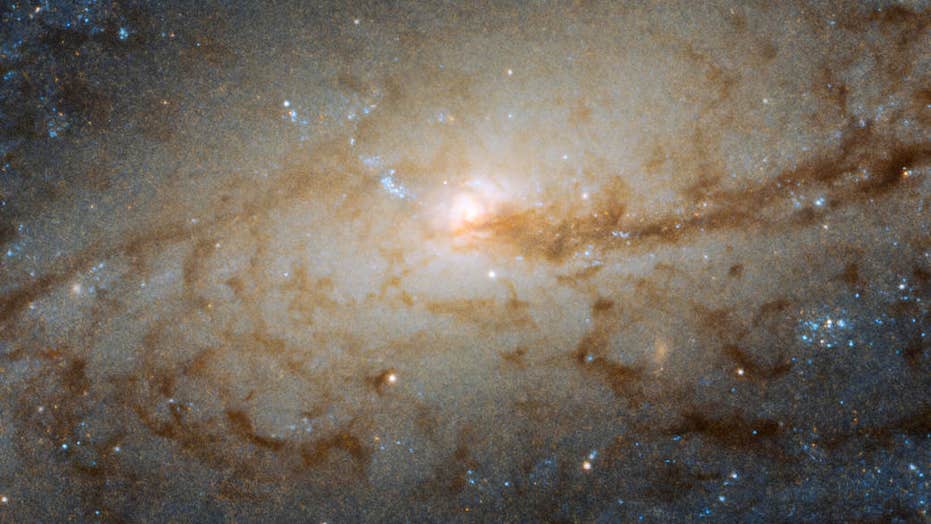 Barred spiral galaxy NGC 3887 is located in the southern constellation of Crater (the Cup). The galaxy was discovered in 1785 by astronomer William Herschel.

“The very existence of spiral arms was for a long time a problem for astronomers,” explained NASA, on its website. “The arms emanate from a spinning core and should therefore become wound up ever more tightly, causing them to eventually disappear after a (cosmologically) short amount of time. It was only in the 1960s that astronomers came up with the solution to this winding problem; rather than behaving like rigid structures, spiral arms are in fact areas of greater density in a galaxy’s disk, with dynamics similar to those of a traffic jam.”

A joint project of NASA and the European Space Agency, the Hubble telescope has captured a host of beautiful images since its launch in 1990. In 2012, NASA released an image of a double nucleus in the Andromeda Galaxy that was captured by the Hubble Space Telescope. A Hubble image released in 2014 showed a double nucleus in spiral galaxy Messier 83.