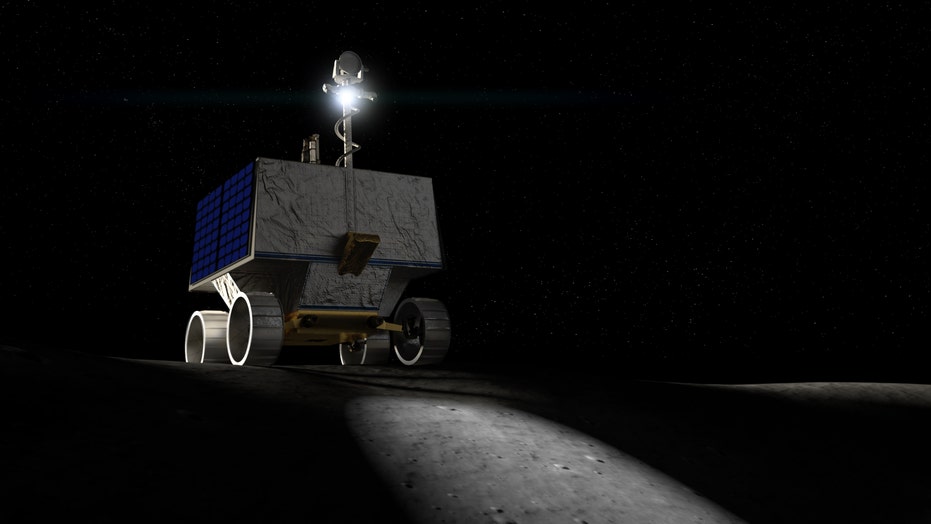 NASA has unveiled its plan to send a new lunar rover, VIPER, to the surface of the Moon.

“VIPER is going to rove on the South Pole of the moon and assess where the water ice is,” said NASA Administrator Jim Bridenstine during a wide-ranging speech at the International Astronautical Congress in Washington D.C. on Friday.

The government space agency notes that the Moon has vast reservoirs of water ice, an amount that could potentially reach millions of tons. The water will be used to sustain a human presence on the lunar surface.

“Water ice is oxygen to breathe, it’s water to drink,” Bridenstine said, adding that hydrogen in the water ice could also be used for rocket fuel. “We’re going to utilize the resources of the Moon to live and work for long periods of time.”

NASA plans to land VIPER, which stands for Volatiles Investigating Polar Exploration Rover, on the Moon in December 2022. When it reaches the lunar surface, the golf-cart sized rover will collect about 100 days of data, roaming several miles. VIPER’s instruments, including a 1-meter (3.28 foot) drill, will be used to perform soil samples.

The lander and launch vehicle that will deliver the mobile robot to the Moon will be provided through NASA’s Commercial Lunar Payload Services (CLPS) contract to deliver science and technology payloads to and near the Moon, the space agency said, in a statement.

NASA’s Artemis program aims to land American astronauts, including the first woman, on the Moon by 2024 and establish a sustainable human presence on Earth’s natural satellite.

Initial mission capability for 2024 involves landing two astronauts on the Moon’s south pole. Astronauts will live and work out of the lander for six-and-a-half days, according to the agency.

Speaking at IAC, Bridenstine also raised the possibility that the next two astronauts to reach the moon could both be female. “That’s an important point to make,” he added.

NASA recently released a "woman on the Moon" illustration for the Artemis mission. “Artemis, the twin sister of Apollo and Goddess of the Moon and the hunt, encompasses all of our present efforts to return humans to the Moon — to prepare us and propel us on to Mars,” the space agency explains on its website. “The portrait of the Greek Goddess, Artemis is illustrated in the highlights and shadows of the crescent Moon topography. Her features are abstract enough that any woman can see themselves in her.”

Earlier this year, NASA released details of its vision for the Artemis Moon lander that will return U.S. astronauts to the lunar surface.

In July, NASA said it was seeking “proposals from industry for the development of integrated human lunar landers and execution of crewed flight demonstrations to the lunar surface by 2024,” according to a notice posted to the Federal Business Opportunities website.

Speaking at Kennedy Space Center on the 50th anniversary of the Apollo 11 Moon landing on July 20, Vice President Mike Pence also announced that the Orion capsule that will take American astronauts back to the Moon is ready.

In documents posted on the FBO website, NASA explained that astronauts will be flown in an Orion spacecraft to the ‘Gateway,’ a space station orbiting the Moon. The Gateway vessel will be used to support the transfer of crew and supplies into the Moon Lander.