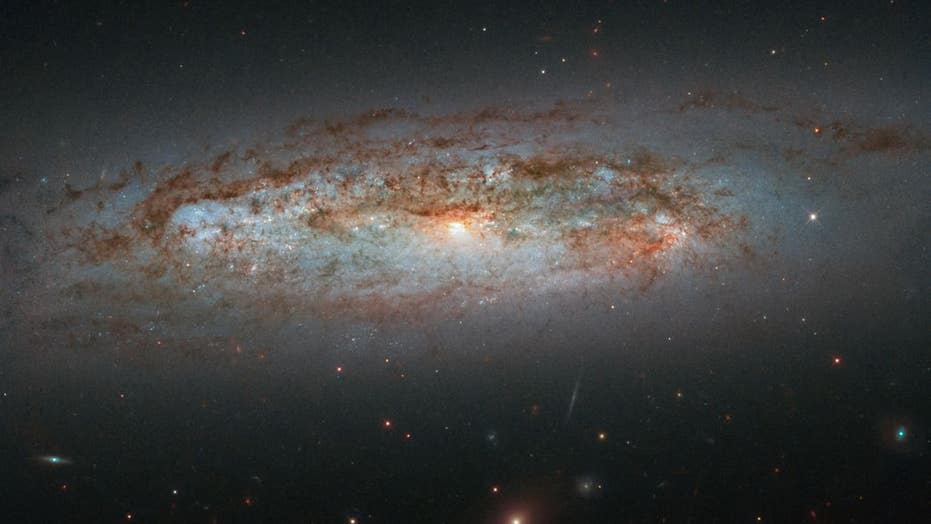 NASA's Hubble Space Telescope snapped a stunning picture of a galaxy about 50 million light years away.

Known as NGC 3175, the galaxy is located in the constellation of Antlia (the Air Pump).

"The galaxy can be seen slicing across the frame in this image from the NASA/ESA Hubble Space Telescope, with its mix of bright patches of glowing gas, dark lanes of dust, bright core, and whirling, pinwheeling arms coming together to paint a beautiful celestial scene," said the European Space Agency (ESA) in a statement posted on NASA's website.

HUBBLE CAPTURES AMAZING IMAGE OF COMET ZIPPING PAST OUR SUN

A light year, which is how distance is measured in space, equals 6 trillion miles. Hubble has captured numerous incredible images of the far reaches of space.