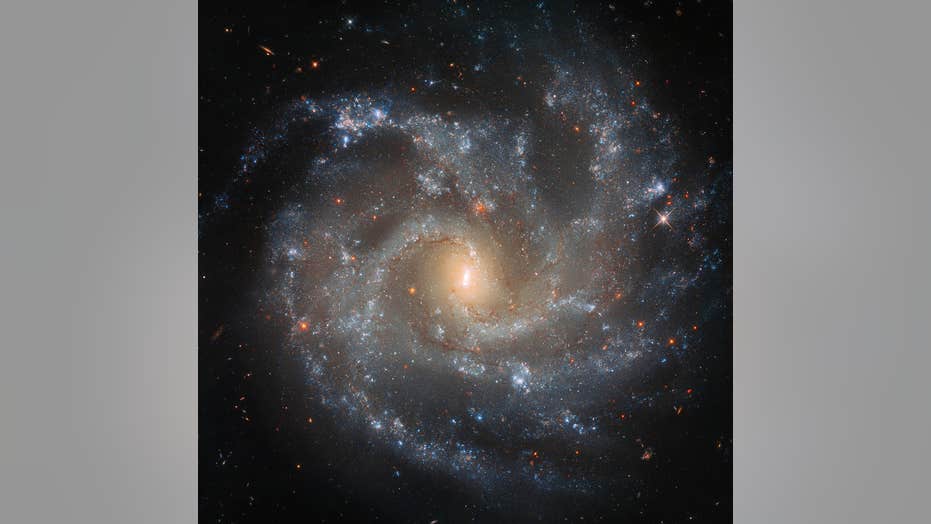 A joint project of NASA and the European Space Agency, the Hubble telescope has captured a host of beautiful images since its launch in 1990. In its ‘image of the day’ on Friday NASA highlighted an image of galaxy NGC 5468 that was caught by Hubble.

The galaxy has been home to a number of supernovae, or explosions that occur when stars die.

“Despite being just over 130 million light-years away, the orientation of the galaxy with respect to us makes it easier to spot these new ‘stars’ as they appear; we see NGC 5468 face on, meaning we can see the galaxy’s loose, open spiral pattern in beautiful detail in images such as this one from the NASA/ESA Hubble Space Telescope,” said the ESA, in a statement posted on NASA’s website.

Last year NASA showed off a remarkable image of a "ghost nebula" captured by the Hubble Space Telescope.

The Hubble Space Telescope was launched aboard the Space Shuttle Discovery in 1990. NASA notes that the orbiting telescope was required to last 15 years, but has been in operation for more than 28. The Advanced Camera for Surveys was installed in 2002 but suffered a power supply failure in 2007. It was repaired by astronauts during a servicing mission in 2009.

Earlier this year the telescope suffered a camera glitch after software was incorrectly loaded onto one of its key instruments.

NASA partners with the European Space Agency on the telescope, which is managed from NASA's Goddard Space Flight Center in Greenbelt, Maryland.