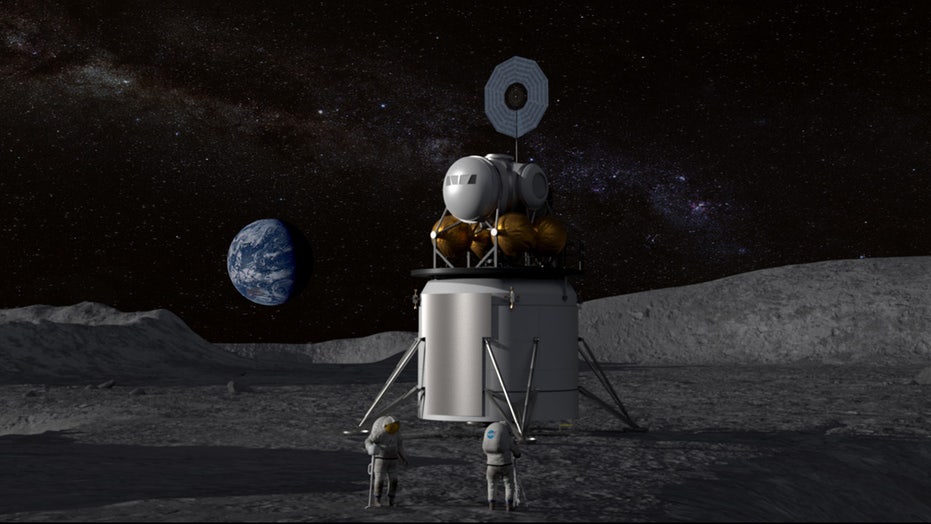 NASA may have ambitions of returning to the Moon on its own, but it's asking for help from Jeff Bezos and Elon Musk to make breakthroughs for future space missions, including going to Mars.

The government space agency said on Tuesday that it is partnering with 13 U.S. companies, including Bezos' Blue Origin and Musk's SpaceX, for 19 different projects to advance space technologies and "help maintain American leadership in space."

"NASA centers will partner with these companies, which range from small businesses to large aerospace organizations, to accelerate the infusion of capabilities in space," NASA Administrator Jim Bridenstine said in a tweet. Bridenstine highlighted several of the companies, including Boulder, Co.-based Advanced Space, which will work on navigation systems between the Earth and the Moon.

Illustration of a human landing system and crew on the lunar surface with Earth near the horizon. (Credit: NASA)

“NASA’s proven experience and unique facilities are helping commercial companies mature their technologies at a competitive pace,” said Jim Reuter, associate administrator of NASA’s Space Technology Mission Directorate (STMD), in a statement. “We’ve identified technology areas NASA needs for future missions, and these public-private partnerships will accelerate their development so we can implement them faster.”

The various companies, which also include Lockheed Martin, Aerojet Rocketdyne and Maxar, will work with the different NASA centers around the country "to provide expertise, facilities, hardware and software at no cost," via Space Act Agreements between NASA and the different corporations, the space agency added.

A full list of the companies can be found here.

Blue Origin, which recently unveiled its own ambitious plan to send a spaceship to the Moon, received three contracts. These include one to aid with advancing a navigation and guidance system for landing on the Moon; another (in partnership with NASA's Glenn and Johnson centers) to advance a fuel cell power system for the Blue Moon lander; and a final contract (working with NASA's Marshall and Langley centers) to advance "high-temperature materials for liquid rocket engine nozzles that could be used on lunar landers."

SpaceX, which launched satellites into space as part of an ambitious broadband internet initiative in May, will work with NASA's Kennedy Space Center "to advance their technology to vertically land large rockets on the Moon."

It will also work with NASA's Glenn and Marshall centers on how to transfer propellant in orbit, which NASA said was "an important step in the development of the company’s Starship space vehicle."

“We believe SpaceX’s fleet of advanced rockets and spacecraft, including Falcon Heavy and Starship, are integral to accelerating NASA’s lunar and Mars plans," a SpaceX spokesperson told Fox News.

SpaceX and Blue Origin have been fierce competitors in the space exploration industry, fighting for contracts and media attention. Musk has even gone so far as to make lewd jokes about Blue Origin's Blue Moon lander after it was announced.

Hawthorne, Calif.-based SpaceX was recently valued at $33 billion, according to CNBC.

NASA's Artemis program, which is intended to land American astronauts on the Moon by 2024, also aims to establish a sustainable human presence on Earth’s natural satellite. The successor to the Apollo program, Artemis will also make history by landing the first woman on the Moon.

Apollo 11 astronaut Buzz Aldrin -- the second man to walk on the Moon -- predicted the "Artemis" program would bring decades of progress, similar to what the U.S. saw with the Apollo program that launched him into space.

"The five decades of Apollo['s legacy] goes all the way from Apollo 1 through the successful landing, on up through Apollo 17 ... and now we're going to begin the decades of Artemis," he recently told Fox News as part of the celebration of the 50th anniversary of the Moon landing.