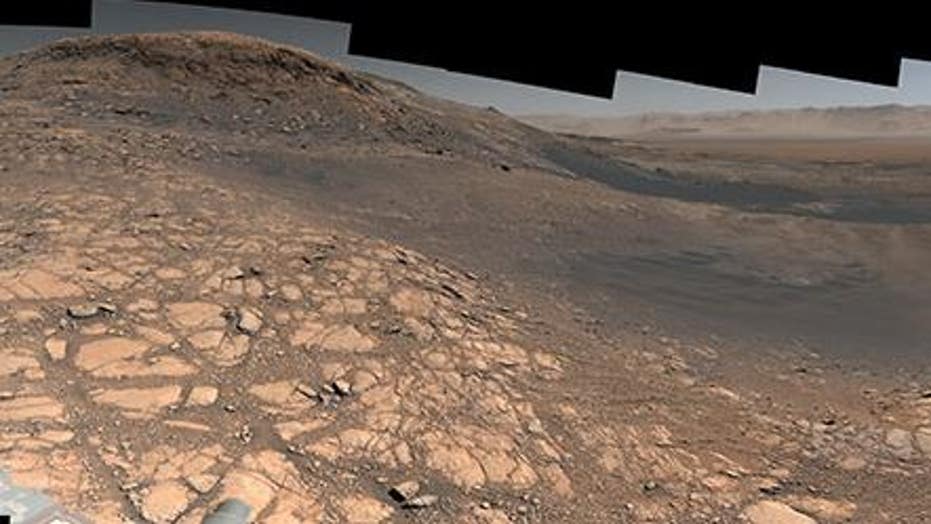 NASA announced that it will delay the launch of its next Mars rover a few days, citing repair issues.

The Perseverance rover, which will look to see if there are any signs that life may have existed on the Red Planet, will now launch on July 20 instead of July 17.

"NASA and ULA are now targeting Monday, July 20, for launch of the Mars 2020 mission of the Perseverance Rover on an Atlas V rocket from Space Launch Complex-41 on Cape Canaveral Air Force Station in Florida," the space agency wrote in a blog post. "Additional time was needed for the team to repair an issue with the ground system equipment."

The “Send Your Name to Mars” logo is installed on the Mars Perseverance rover on March 16, 2020, inside the Payload Hazardous Servicing Facility at NASA’s Kennedy Space Center in Florida. Credits: NASA/JPL

It was not related to the coronavirus pandemic, a NASA spokesman told Fox News via email. Instead, the agency's rocket contractor had an issue with a crane, which has since been resolved.

The pandemic forced the entire agency to move to Stage 3 "mandatory telework status" in mid-March.

Days prior to that announcement, the space agency told Fox News the coronavirus pandemic had not yet impacted the timing of the Perseverance launch.

The slight delay still gives Perseverance plenty of room to travel to Mars. Space.com reports the launch window extends until Aug. 11, due to the limited alignment windows of Mars and Earth, something that happens once every 26 months.

The rover, which was recently renamed to Perseverance, will attempt to detect if there is any fossilized evidence of extraterrestrial beings, in addition to other tasks.

Perseverance will also have a small, autonomous helicopter, known as Ingenuity, that will let researchers understand the viability and potential of heavier-than-air vehicles on the Red Planet.

The Mars helicopter will travel with the rover to the Red Planet. (NASA/JPL-Caltech)

Once Perseverance lands on Mars at the Jezero Crater, it will join the still functioning Curiosity rover and the now-deceased Opportunity rover on the Red Planet. Unlike Curiosity or Opportunity, this rover will carry the "first helicopter that will fly on another planet," NASA added.