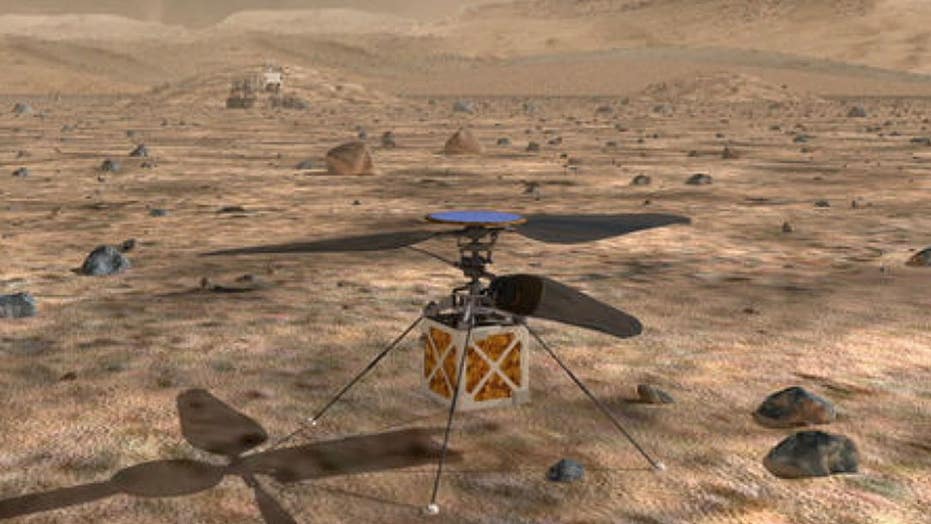 NASA plans to send a Mars helicopter to the Red Planet.

The smaller autonomous aircraft is set to travel with the space agency's Mars Perseverance rover, which is scheduled to launch in July 2020.

Shown below in an artist's rendering, the aircraft will demonstrate the viability and potential of heavier-than-air vehicles on Mars, the space agency writes.

NASA's Mars helicopter has been christened with a new name, Ingenuity, because it is destined to become the first aircraft to attempt powered flight on another planet.

The Mars helicopter will travel with the rover to the Red Planet. (NASA/JPL-Caltech)

Vaneeza Rupani, a junior at Tuscaloosa County High School in Northport, Ala., came up with the name and the motivation behind it during NASA's "Name the Rover" essay contest.

Nearly 11 million names are etched on silicon chips that are being held on an aluminum plate on the Mars rover. According to NASA, there is a message stating "Explore As One" written in Morse code on the plate.