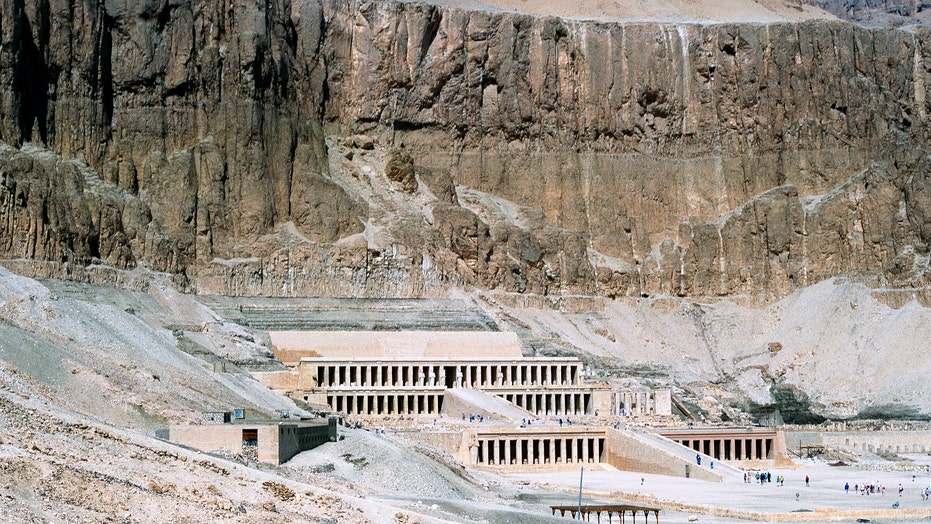 An ancient stone chest and a mysterious ceramic box found at a burial site in Egypt may provide clues to the location of a royal tomb.

Science in Poland reports that the 3,500-year-old stone chest, which contains a sacrificial goose, was found at Deir el-Bahri in Luxor. A faience, or ceramic box, with the name of Pharaoh Tuthmose II written in hieroglyphics, was also discovered nearby.

A goose egg and another egg thought to be from an ibis were inside the box. Archaeologists think that the discovery may help lead to the tomb of Tuthmose II, who was the husband of famous female pharaoh Hatshepsut. Goose and ibis are related to the names and titles of Tuthmose II, according to Science in Poland.

“The royal deposit indicates that a temple was established on behalf of the king, or that a king`s tomb was founded. Since we are in the very center of the royal cemetery, it is certainly a tomb,” Professor Andrzej Niwiński from the Institute of Archaeology at the University of Warsaw, told Science in Poland. “Finding this deposit indicates that we are in the process of discovering the tomb.”

While the remains of Thutmose II were discovered reburied in the so-called royal cache of mummies at Deir el-Bahri, no tomb has been positively identified as belonging to the pharaoh, according to Encyclopedia Britannica.

Egypt continues to reveal new aspects of its rich history. In a separate project, the tombs of a number of high priests were discovered near the Nile Valley city of Minya in central Egypt.

In a Facebook post, Egypt’s Ministry of Tourism and Antiquities explained that several communal tombs of high priests have been discovered at the village of Tuna al-Gabal. The area where the discovery was made is a vast archaeological site on the edge of the western desert.

Also in 2019, Egypt's Antiquities Ministry announced the discovery of an ancient necropolis near Minya. The large cemetery is located north of Tuna al-Gabal area. It includes several burial shafts and hosts more than 1,000 statues and some 40 sarcophagi as well as other artifacts.

In 2018, a rare ancient artifact depicting Hatshepsut surfaced in the U.K., stunning experts.

Consisting of two limestone fragments that have been glued together, the artifact had been in storage for 20 years before it was chosen for an object handling session by students of Swansea University in Wales. While the artwork was being analyzed by the students, Swansea University Egyptology lecturer Dr. Ken Griffin noticed something unusual.

Griffin recognized the artwork’s iconography as being similar to carvings within the temple of Hatshepsut at Deir el-Bahri.