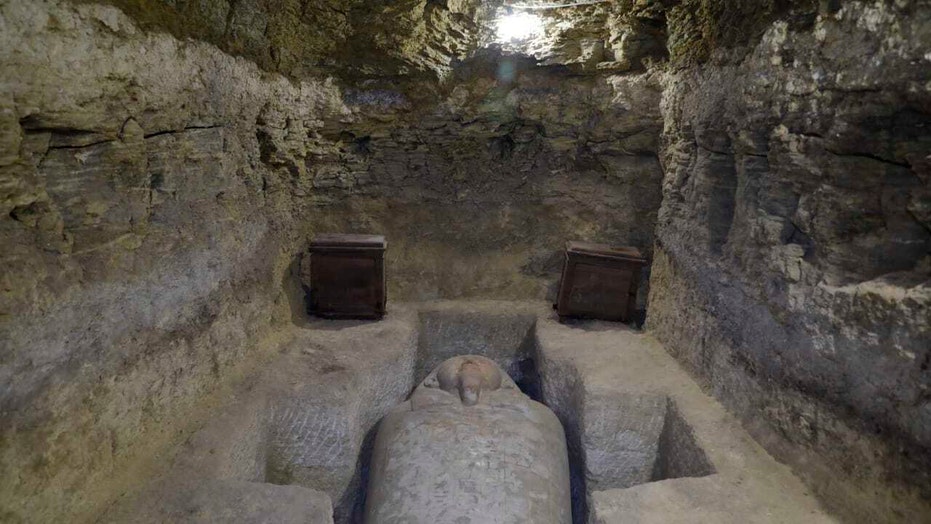 The tombs of a number of high priests have been discovered at an ancient site in Egypt.

In a Facebook post, Egypt’s Ministry of Tourism and Antiquities explained that several communal tombs of high priests have been discovered at the village of Tuna al-Gabal, near the Nile Valley city of Minya in central Egypt. The area is a vast archaeological site on the edge of the western desert

Some 16 tombs have been discovered that contain about 20 sarcophagi and five wooden coffins. Waziri said the tombs likely belonged to the high priests of Thoth, the ancient Egyptian god of writing and wisdom, among other senior officials. Hundreds of amulets and 10,000 blue funerary statues, known as ushabti figurines, which are fixtures in the ancient tombs of the area, were also discovered. The sarcophagus lids are molded into mummy-like figures of men.