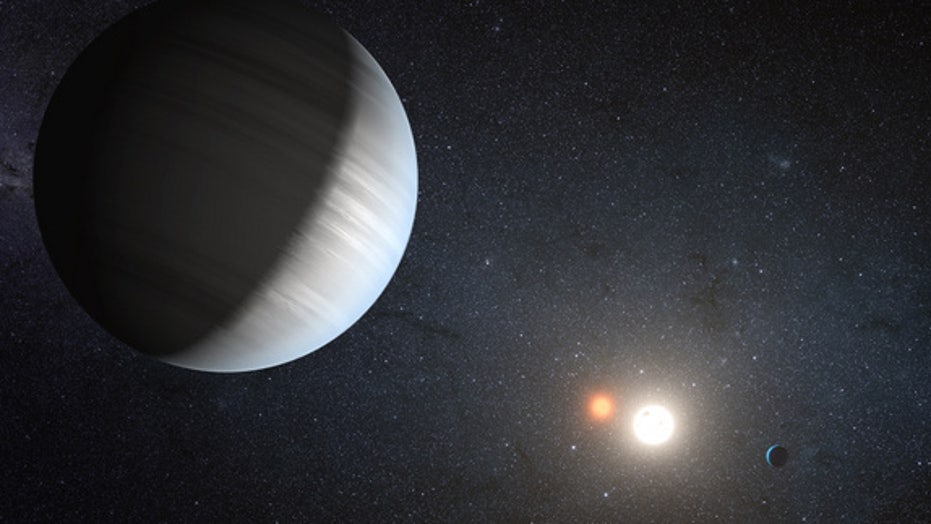 If extraterrestrial civilizations exist, we may not have to go too far to find them.

A new study from researchers at the U.K.'s University of Nottingham suggests there are 36 planets in the Milky Way galaxy, a calculation the experts have dubbed "the Astrobiological Copernican Limit."

“The classic method for estimating the number of intelligent civilizations relies on making guesses of values relating to life, whereby opinions about such matters vary quite substantially," the study's lead author, Tom Westby, said in a statement. "Our new study simplifies these assumptions using new data, giving us a solid estimate of the number of civilizations in our Galaxy."

PLANETS THAT HAVE 'SIGNIFICANT AIRBORNE DUST' COULD BE HOME TO ALIEN LIFE, STUDY SAYS

“There should be at least a few dozen active civilizations in our Galaxy under the assumption that it takes 5 billion years for intelligent life to form on other planets, as on Earth,” University of Nottingham professor Christopher Conselice added.

An artist's illustration of the alien solar system Kepler-47, a twin star system that is home to two planets. The planets have two suns like the fictional planet Tatooine in the "Star Wars" universe. (NASA/JPL-Caltech/T. Pyle)

The researchers found that there were limits for finding intelligent life, including the average lifespan of a civilization, which can be less than 1,000 years, as well as the age of the planet and what the host star is comprised of.

"Furthermore, the likelihood that the host stars for this life are solar-type stars is extremely small and most would have to be M dwarfs, which may not be stable enough to host life over long timescales," the researchers wrote in the study's abstract.

The research has been published in The Astrophysical Journal.

If such a civilization were to exist, the closest one would be 17,000 light-years away, which the researchers noted would make the ability to find and communicate with them "very difficult," given the state of our technology.

"It is also possible that we are the only civilization within our Galaxy unless the survival times of civilizations like our own are long," the researchers added in the statement.

One light-year, which measures distance in space, is the equivalent to about 6 trillion miles.

Should humanity find the presence of extraterrestrial civilizations, it could be like looking into our future, both good and bad, Conselice argued.

"If we find that intelligent life is common then this would reveal that our civilization could exist for much longer than a few hundred years, alternatively if we find that there are no active civilizations in our Galaxy it is a bad sign for our own long-term existence," Conselice explained. "By searching for extraterrestrial intelligent life -- even if we find nothing -- we are discovering our own future and fate."

A separate study published in mid-May suggested that not only is the "universe teeming with life," but that it's "the favored bet."

In March, a separate study theorized finding life in the universe "could be common," when taking into account how life's building blocks spontaneously form throughout the universe.