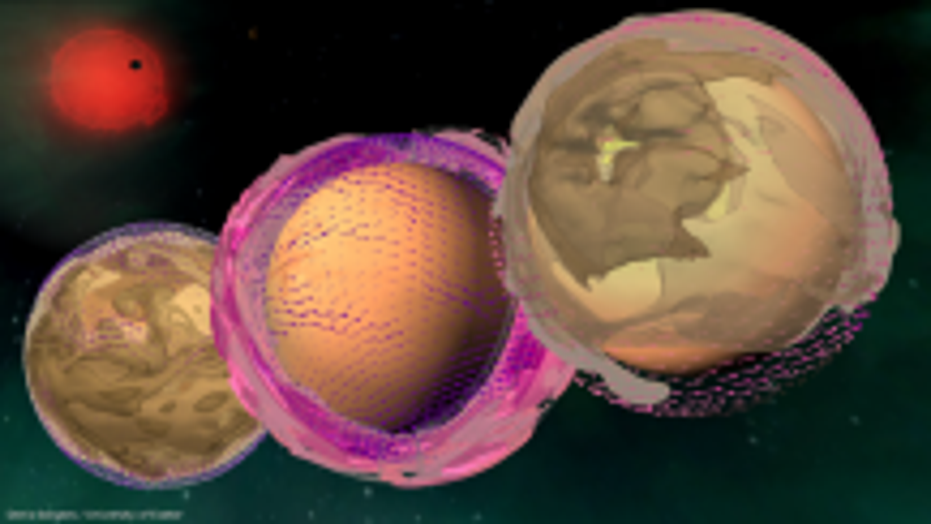 Though humanity has yet to discover the presence of extraterrestrial life, that hasn't stopped astronomers from suggesting the universe is teeming with life. A new study suggests that planets with "significant airborne dust" could be the places to look.

The research, published in the journal Nature Communications, notes that exoplanets (planets outside the Solar System) may have a better shot at having moderate temperatures if they contain a dusty atmosphere, comparing a planet's topography to the world in the sci-fi classic "Dune."

"On Earth and Mars, dust storms have both cooling and warming effects on the surface, with the cooling effect typically winning out," Ian Boutle, Ph.D., lead author of the study, said in a statement. "But these ‘synchronized orbit’ planets are very different. Here, the dark sides of these planets are in perpetual night, and the warming effect wins out, whereas on the dayside, the cooling effect wins out. The effect is to moderate the temperature extremes, thus making the planet more habitable.”

The researchers conducted a number of simulations of "terrestrial or Earth-sized exoplanets" using "state-of-the-art" climate models to come up with their findings.

"The inclusion of dust significantly obscures key biomarker gases (e.g. ozone, methane) in simulated transmission spectra, implying an important influence on the interpretation of observations," the scientists wrote in the study's abstract. "We demonstrate that future observational and theoretical studies of terrestrial exoplanets must consider the effect of dust."

The findings add to the number of exoplanets that are able to host life, as well as possibly extending the planet’s "habitable zone," the distance a planet is from its star where water could exist on the surface.

As of June 2020, more than 4,000 exoplanets have been identified, including a "mirror image"  of the Earth and sun that was discovered earlier this month.

One of the study's co-authors, University of East Anglia professor Manoj Joshi, said the airborne dust could help support life, but it makes astronomers' jobs harder in finding that life.

“Airborne dust is something that might keep planets habitable, but also obscures our ability to find signs of life on these planets," Joshi noted. "These effects need to be considered in future research.”

Known as KIC-7340288 b, the exoplanet is "small enough to be considered rocky" at just 1.5 times the size of Earth, and is in the habitable zone of the star it orbits.

In May, a researcher from Columbia University said "the case for a universe teeming with life" is "the favored bet."