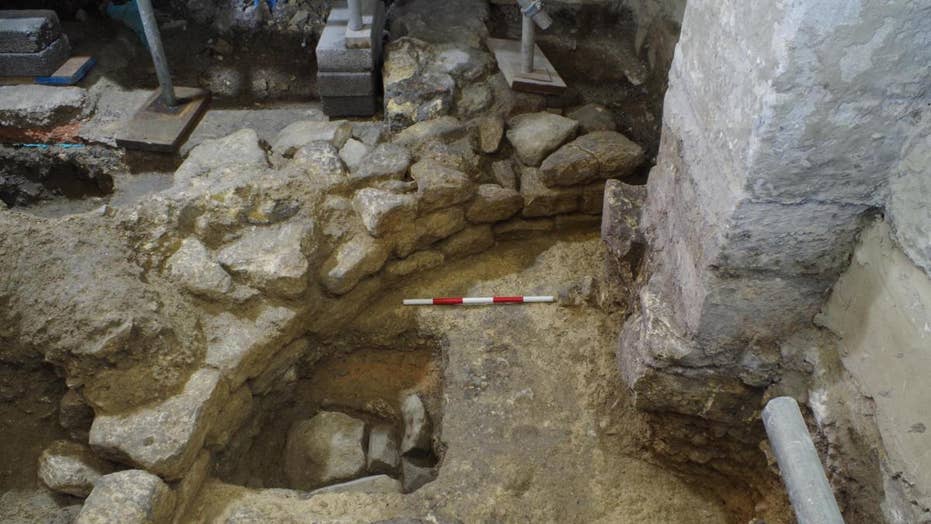 Archaeologists in the U.K. are confident that they have uncovered the remains of a lost Anglo-Saxon-era monastery.

Experts are now shedding new light on the mysterious structures, which were discovered in 2018. Charcoal fragments from the internal plaster of the southern structure have been radiocarbon dated by the 14Chrono lab at Queen’s University, Belfast, to between A.D. 780 and 970 and between A.D. 670 and 770. Both dates correspond with the era of Anglo-Saxon Britain.

The Anglo-Saxons were descendants of Germanic tribes who gradually invaded England by sea starting in the fifth century, after the collapse of the Roman Empire. They came to rule the country until the Norman conquest in 1066.

Cai Mason, senior project officer at Wessex Archaeology, notes that Anglo-Saxon stone buildings are rare and up to this point, unknown in Bath. “In a post-Roman context, the most likely place to find this type of structure is at the east end of an ecclesiastical building, such as a church or chapel, and given the fact that the excavated structures are surrounded by late Saxon burials, this is the most likely explanation for their use,” he explains, in a statement. “This, together with the late Saxon stonework and burials found at the Abbey, provides increasingly strong evidence that we have indeed found part of Bath's lost Anglo-Saxon monastery."

The ancient kings Offa of Mercia and Alfred of Wessex may have built the monastery, according to Wessex Archaeology, which notes that the two recently discovered structures were likely built at different times.

The structures are thought to be the remains of a lost Anglo-Saxon monastery. (Wessex Archaeology)

Other discoveries from the Anglo-Saxon era have been garnering attention in recent years. Last year, for example, archaeologists revealed new details of the earliest Christian royal burial ever found in Britain, which they compared to the famous King Tutankhamun's tomb.

Part of the excavation at Bath Abbey. (Wessex Archaeology)

In 2003, road workers in the village of Prittlewell in southern England accidentally uncovered the 1,400-year-old Anglo-Saxon tomb, which was then excavated by archaeologists. The discoveries include a gold buckle, which indicates a high-status burial, possibly a prince. Two small gold-foil crosses found at the head of the coffin suggest a Christian burial.