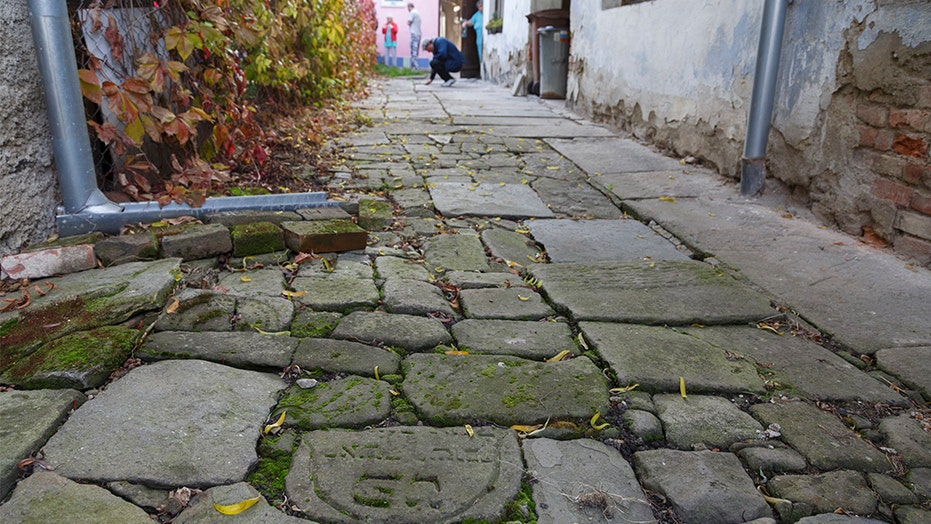 Pieces of Jewish gravestones unearthed during excavation work in Prague will be returned to the Czech capital's Old Jewish Cemetery.

The agreement was reached between the city and its Jewish community after the fragments were discovered in some of Prague's pedestrian zones, according to BBC News.

The pieces, removed from a 19th-century Jewish cemetery, were then used in street-building works in the late 1980s.

A majority of the stones, produced from from gravestones that were then chopped into squares, are at the base of Wenceslas Square, one of the city's main squares, and on Na Prikope, a popular shopping thoroughfare, reports Radio Prague International.

In this picture taken on Monday Oct. 26, 2015, Tomas Jelinek looks at pavement made of tombstones in efforts to restore a former Jewish cemetery in Prostejov, Czech Republic. (AP)

Jewish community of Prague chairman Frantisek Banyai told CTK that such stones would be ritually returned to a place of reverence, adding that the community welcomed the city’s decision and hopes such cooperation will continue.

Before World War Two, Czechoslovakia's Jewish population was about 350,000 prior to World War II, BBC News reports, but that number dropped to about 50,000 by 1946.

The city's Old Jewish Cemetery is one of the largest of its kind in Europe and is administered by the Jewish Museum in Prague.