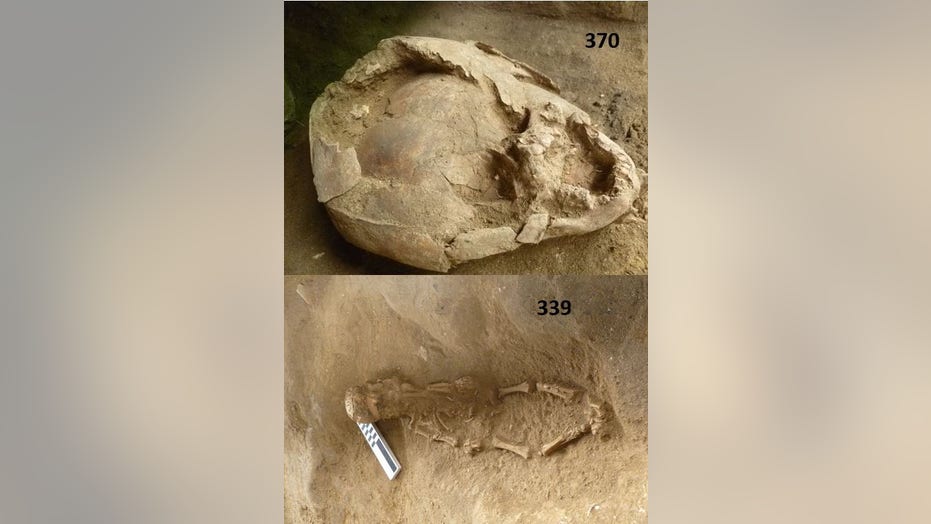 Two infants were buried more than 2,000 years ago wearing strange "helmets" made from the skulls of other children, researchers found.

Scientists, led by study co-author Sara Juengst at the University of North Carolina's department of anthropology, discovered the remains at a site called Salango, in Ecuador, and published their findings recently in the journal Latin American Antiquity.

The researchers believe this is the only known instance of children's skulls being used as helmets for the burial of infants, and they don't know what killed the infants and children.

One infant's face "looked through and out of the cranial vault" -- the space that holds the brain -- reports Live Science.

The science outlet reports that a "hand phalanx," which is a type of hand bone, was found between the infant's head and the helmet.

The archaeologists also noted that it's probable that the children's skulls had flesh on them when they were turned into helmets, because the helmets likely would not have held together without flesh.

Juengst was joined by a colleague at UNC, along with scientists from Yale University and Universidad Tecnica de Manabi, in reporting on these findings.