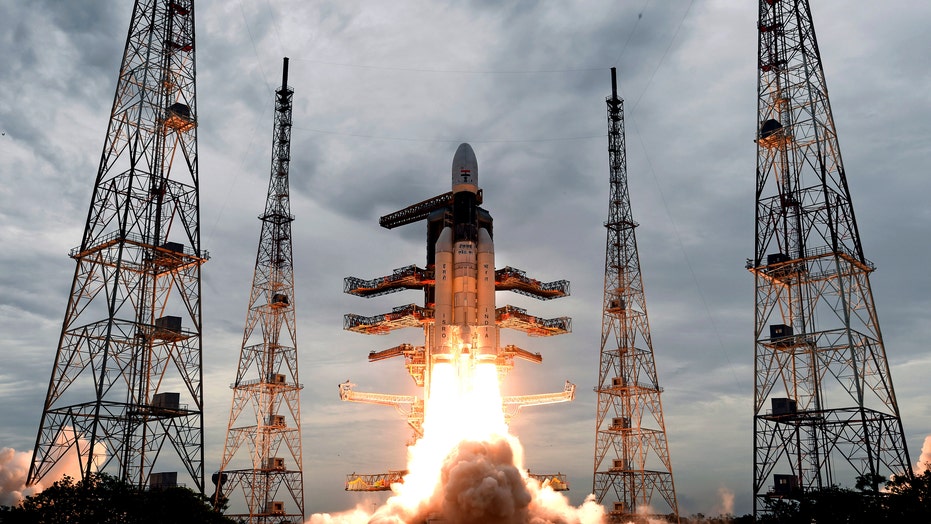 With the launch of its Chandrayaan-2 spacecraft, India is planning to join an exclusive group of countries that have successfully landed on the Moon.

A technical glitch had forced India to abort its first attempt to launch the unmanned spacecraft last week. Scientists at the mission control center burst into applause as the rocket lifted off in clear weather as scheduled at 2:43 p.m. local time from Sriharikota in southern India. K. Sivan, who is the head of India's space agency, said the rocket successfully injected the spacecraft into orbit.

The spacecraft — named Chandrayaan, the Sanskrit word for "moon craft" — is scheduled to land on the lunar south pole in September and send a rover to explore water deposits that were confirmed by a previous mission that orbited the Moon.

“#Chandrayaan2 is unique because it will explore and perform studies on the south pole region of lunar terrain which is not explored and sampled by any past mission,” tweeted Indian Prime Minister Narendra Modi on Monday. “This mission will offer new knowledge about the Moon.”

So far, only the U.S., Russia and China have successfully landed on the Moon.

Indian space hardware has reached the Moon before, although the country has yet to achieve a “soft landing” on the lunar surface.

This photo released by the Indian Space Research Organization (ISRO) shows its Geosynchronous Satellite launch Vehicle (GSLV) MkIII carrying Chandrayaan-2 lift off from Satish Dhawan Space center in Sriharikota, India, Monday, July 22, 2019. India successfully launched an unmanned spacecraft to the far side of the moon on Monday, a week after aborting the mission due to a technical problem. (Indian Space Research Organization via AP)

The Moon looms large for a number of countries’ space programs. China, for example, became the first country to successfully land a probe on the far side of the Moon earlier this year when the Chang’e 4 lander reached the lunar surface on Jan. 2.

However, Israel’s unmanned Beresheet spacecraft crashed when it attempted to make a Moon landing on April 11. It was just a few hundred feet above the lunar surface when Mission Control in Yehud, Israel, lost contact with the probe.

The U.S. also has its sights set on the celestial satellite and plans to land American astronauts, including the first woman, on the Moon by 2024.

July 20 marked the 50th anniversary of the Apollo 11 Moon landing.