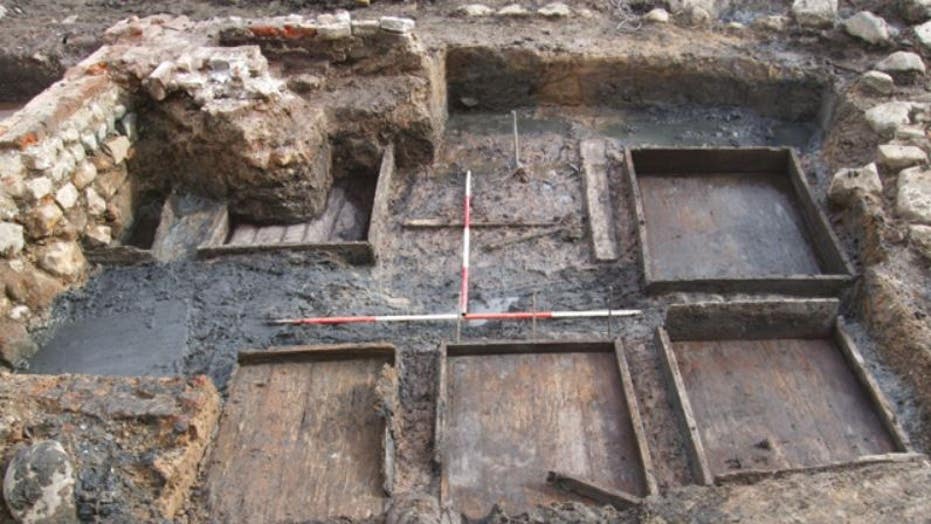 Hundreds of important archaeological discoveries have been unearthed at sites across Northern Ireland over the past four years.

The region's Department of Communities published a booklet titled Unearthed that details the wide range of finds that date from the Stone Age all the way through the 19th century.

"It's the process of the archaeology that's going on all the time in Northern Ireland in the background that people maybe aren't aware of," he said. "The works here are unexpected and unknown archaeology that emerges when the topsoil is removed."

Timber circles are thought to have been the site of elaborate rituals. (NAC LTD)

Some of the discoveries include:

The Glenshane ritual site, which scientists date to about 2,500 B.C. The site is composed of a timber circle -- large wooden posts with an outer fenced forecourt -- that was probably the site of elaborate rituals seen by many. Also found nearby was an isolated cremation burial dating to the Middle Neolithic.

In Belfast city center, tanning pits that date from the 18th century were uncovered.

Tanning pits at Royal Exchange, Belfast, are seen above. (Gahan and Long)

They were used for soaking animal hides in the manufacture of leather for commercial purposes.

"There's potential to find a whole range of archaeological sites through the whole range of human occupation - back to 10,000 years ago when people first arrived here," Gault said.